I was staying in Finland from end of August to end of September as an internship student at the University of Oulu.

The first implession of Finland was that…

I brought too many clothes since I heard it would be around -20 degree celsius in winter in Finland.

But in fact, it was enough to just waer two pieces of clothing.

– About the research at University of Oulu
I belonged in Prof. Heikkilä’s group which focuses on computer vision, and working on improving the caluclation cost of the camera pose estimation using a round marker which is used for Augmented Reality (AR).
It was making algorithm for getting the rotation of the round maker simpler and reducing its cost.
It was hard task, but I had a great experience. 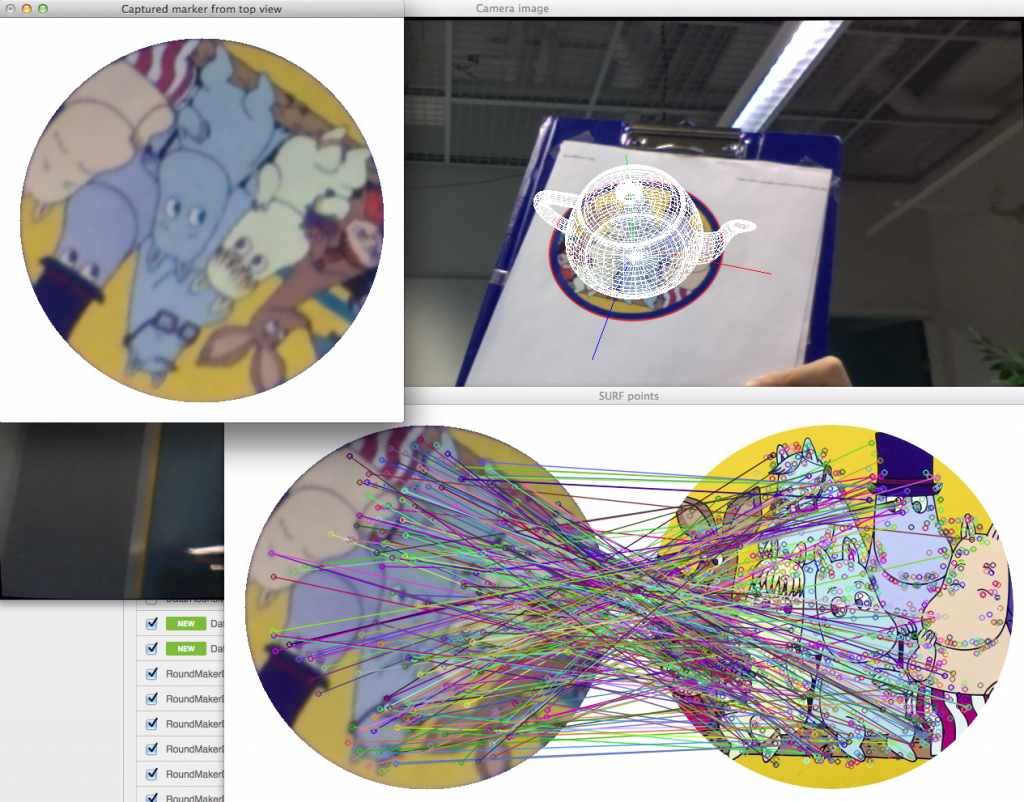 – Students in Oulu university
I knew it before going, but it was really suprised that the culture in Finland is so different from Japanese one.
The students come to university at around 9 am, and leave around 5 pm.
At first I thought “Isn’t it too fast to go back?”, but they concentrated so much and they treasure their own time.
I thought Japanese people tend to spend a lot of time for which is not related with their working. I storongly feel I need to learn the work ethics from the students in Oulu. 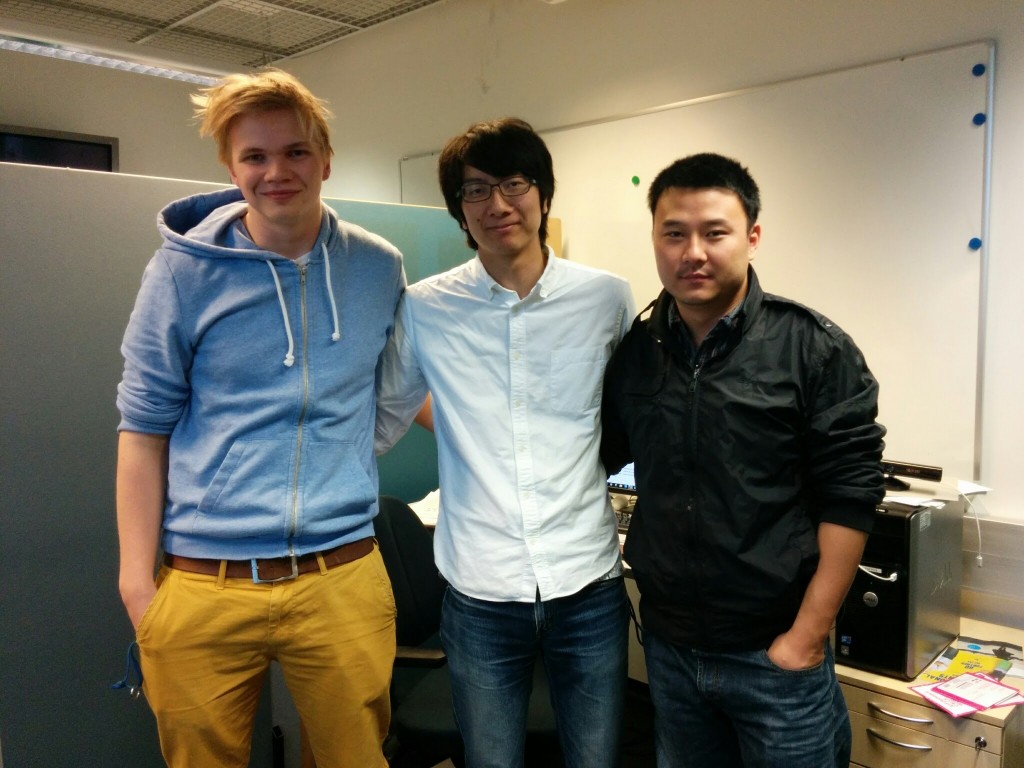 I fell the one month stay passed so fast, and every experiences was a lot of fun.

I really thank our staffs and the members at the University of Oulu for giving this great oppotunity.

These are the photos which I took while staying in Oulu. 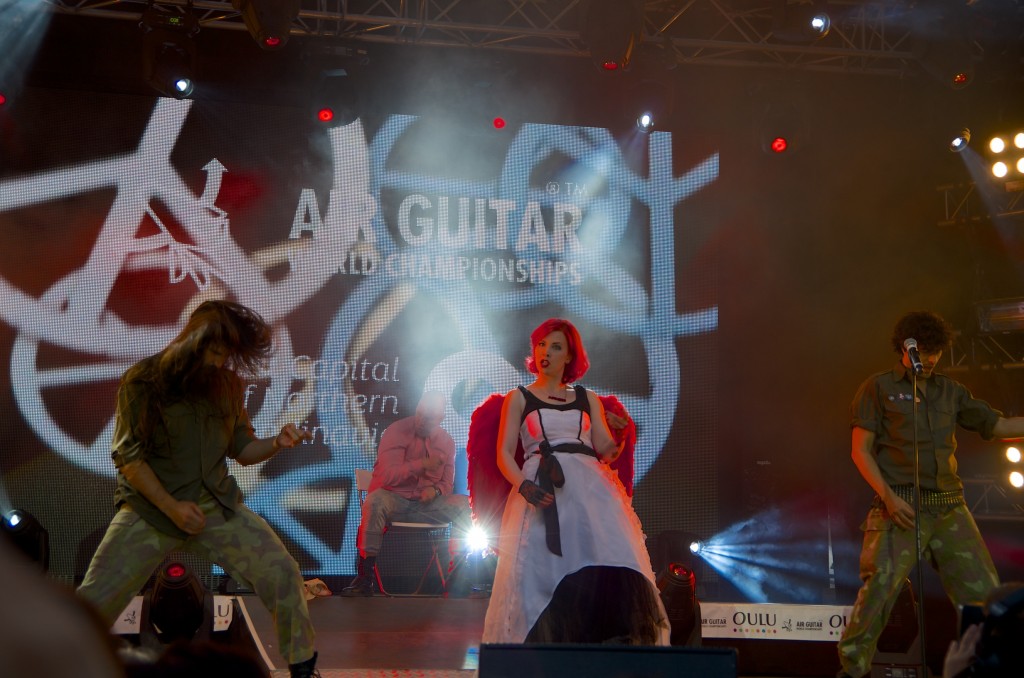 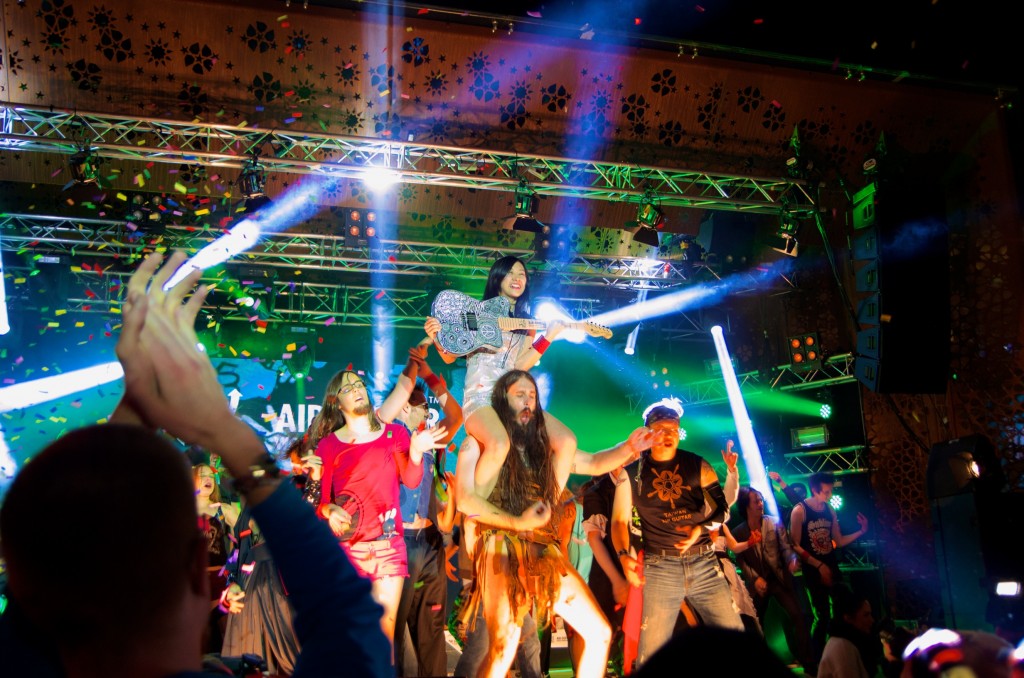 The champion was Japanese “Nanamin”!!! 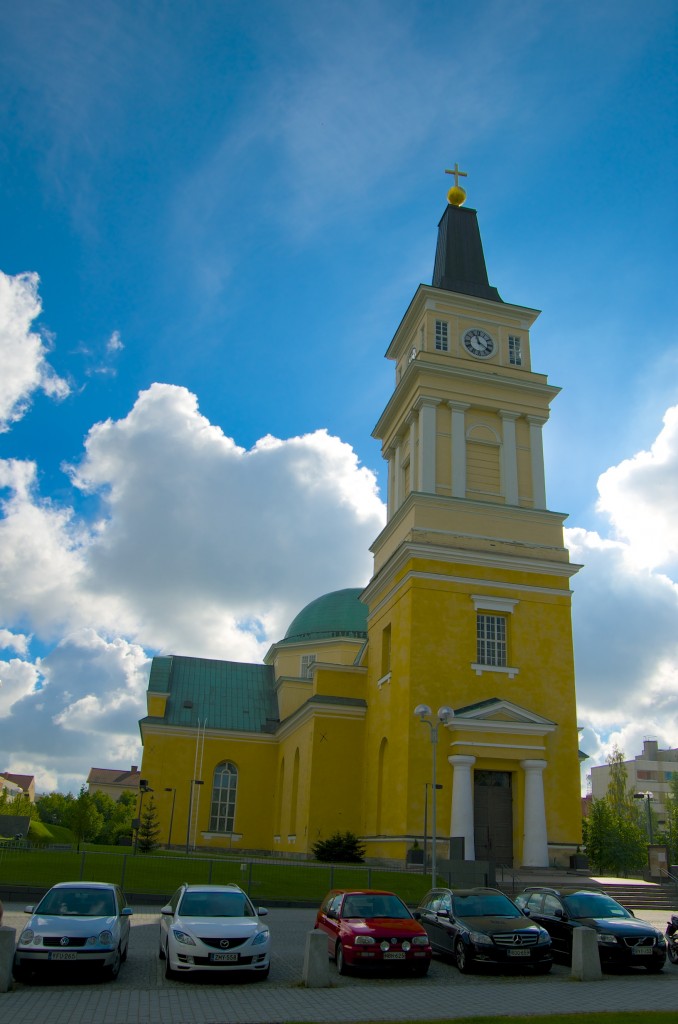 A church in Oulu city
There are many beautiful buildings in the city. 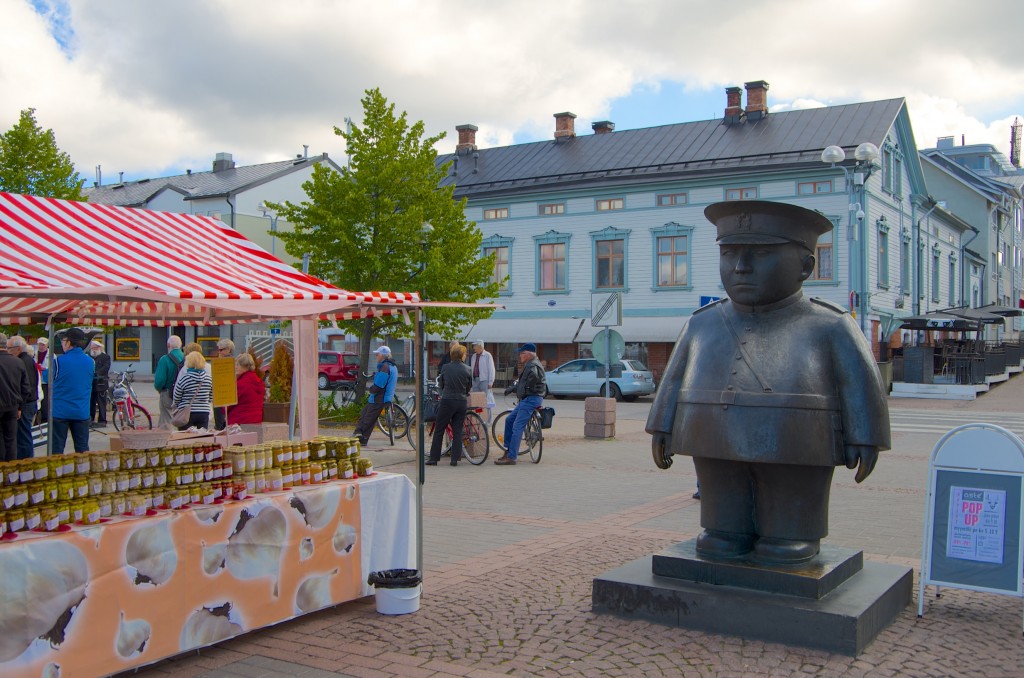 A market near a port, the statue is a symbol of Oulu 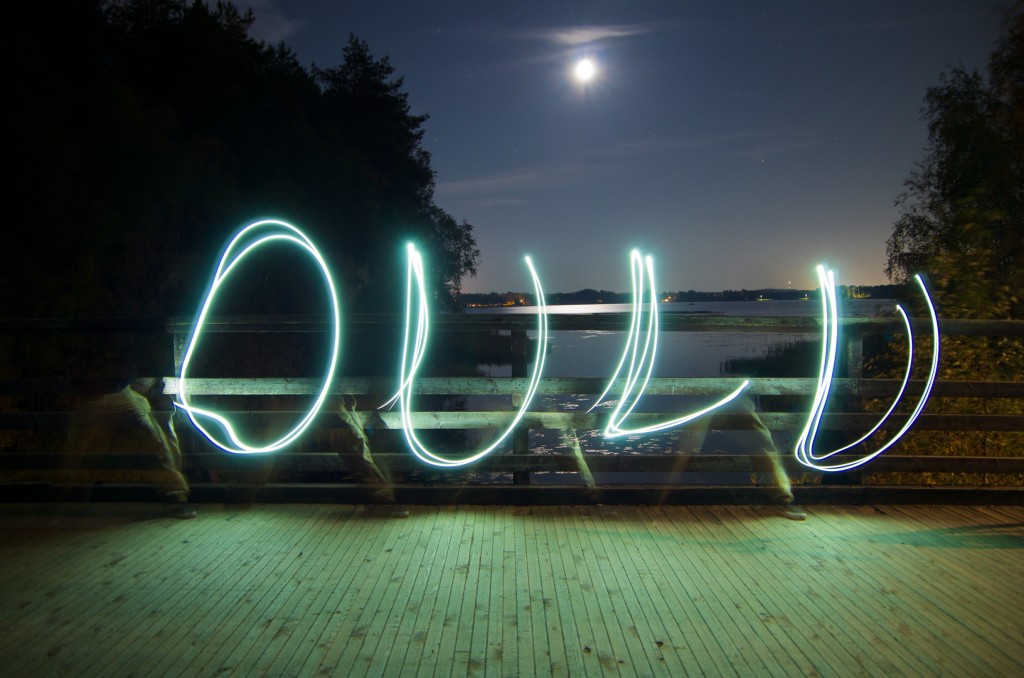 A photo when I went to see aurora
I couldn’t see, but I want to try again!

Here is Luiz (M1). Last week, me and Oshima went to Tokyo for the “Innovation Japan 2014”. In this event, many universities, governmental institutions and companies present their cutting-edge research. It’s a great occasion to show your work and see what other researchers are doing around Japan and abroad (There was many universities from China as well). Also, it is a great opportunity to meet people and expand your network for future opportunities. 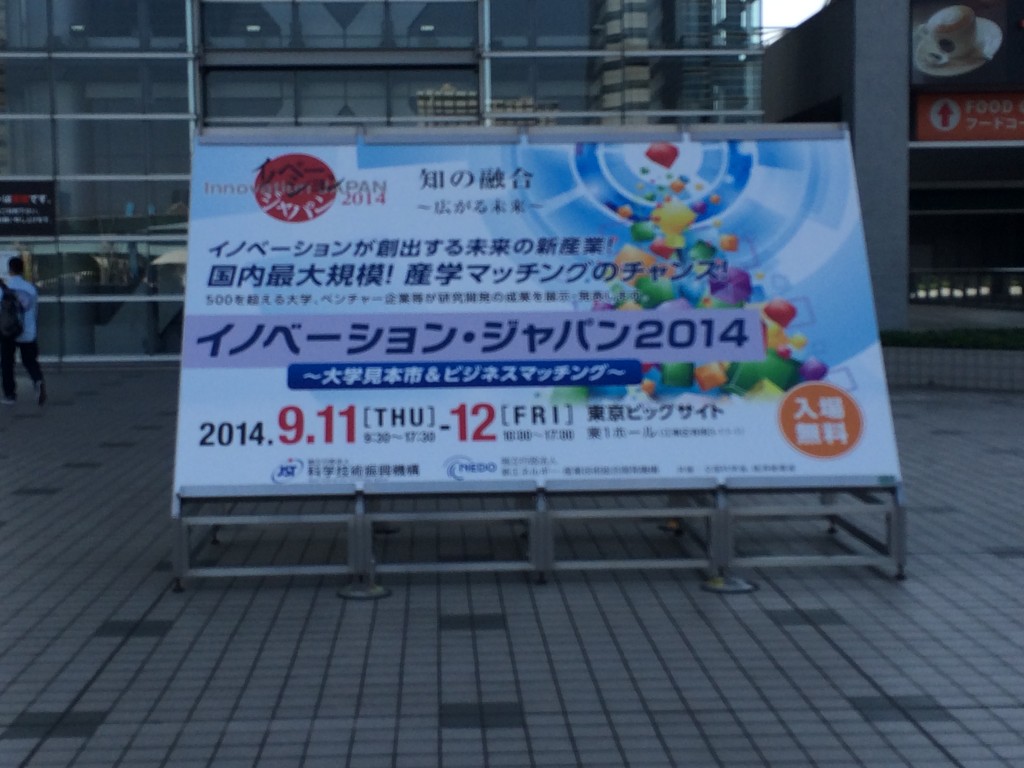 We presented the research “embedding and recognizing invisible markers on digital displays”, which was developed by Yoshio Yamada during his master course and now is officially maintained by Yamamoto sensei. I also have some contribution on this work, since it is a base for my research for management of multi-displays environments. Actually, I was not expecting to see my name as first author on the poster. It was a awesome suprise.

For me, one of the biggest challenges was the language. Since this event was mostly for Japanese audience, sometimes I could not make myself clear during the explanation. In this situation, and in many other times, Oshima gave us a great support. Some visitors were more interested about the marker/tracking system itself, while others were more interested in possible applications for this technology. Then, it was a little trick to try to figure out what part we should put more emphasis in our explanation. 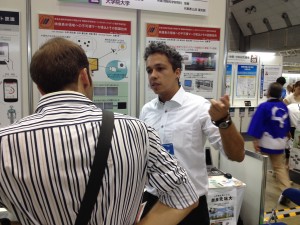 It was also the first time that we were presenting this research outside the lab, and as usual, many unpredictable problems could happen. In order to minimize any issue, I carried to Tokyo spare cameras, computers and all types of cables we could maybe need. During the morning of the first day, we had a problem on the wireless connection between the tablet and the server, probably due the huge amount of wifi networks on the same place. However, it was easily solved buy using an adapter and connection the tablet with wired connection.

We had around 60 visitors, what can be considered a good number. Most of them shown great interest in our research and and complimented us for the results we had so far. It was interesting to see that tried really hard to perceive the hidden dot pattern on the main displays, but it definitely could only be observable by using our application. Many people compared our work with “digital watermark”, which indeed can have some similarity, but the goal is completely different. 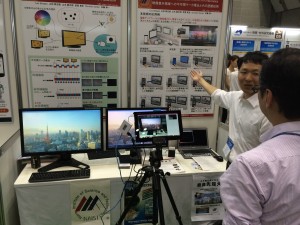 This even isn’t only for research in Computer Science. There was also works in Material Science, Chemistry, Medicine, Assistive Technology, Energy and much more. I tried to check other researches as well, but most of information could only be found in Japanese.

Overall, from our side the event was well succeed and we accomplish our goal. Since it was my first public demonstration, it was definitely a great experience and I learned a lot. I hope next time I can show more about my own work.

Hi. I’m Max Krichenbauer. I participated at the International Symposium on Mixed and Augmented Reality (ISMAR) 2014, where I presented both my theoretical work in the form of a paper as well as my prototype system in the form of a demo. The symposium was held in Munich, which is coincidentally my home town. (I even visited TU Munich at one time for an entrance examination, but then decided to study at a different University).

My presentation was held on the first day in the “Applications” session. I was happy to see that people were interested in my work and asked many questions. I was especially happy to see the third author of the paper at the conference. After the presentation, several people came to me and we had a very interesting discussion during the following coffee break. 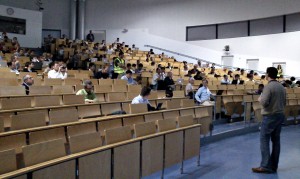 The next day, I presented my prototype system. Due to problems with the recently bought Demo PC, I used my private notebook. I discovered that a cable in the glove broke during transport. Thankfully, I still had a friend at TU Munich who was able to quickly organize a soldering iron and I was able to fix the problem.

The prototype worked well, but one of the people to try it had a bit bigger hands and accidentally broke another wire. I did not find this problem immediately and thus had to limit the demonstration to the other glove.

I fixed this problem later at home and presented the prototype again on the next day. This time, everything worked without problems and many people were interested to see and try the system, and gave me feedback and encouragement to continue the development.

Due to my busy schedule, I was not able to see as many presentations and demos as I wanted. However, I was able to test one demo that was similar to mine, but used a RGBD camera and Oculus Rift. Since these technologies are also on my list of options to try out it was very insightful to see their application.

Altogether, it was a very good experience. 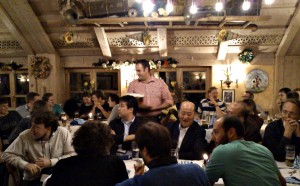