Hello, I’m M1 student Ryo Akiyama. I’m at University of Oulu as an internship student now. It started on 8/17, so I have been here for almost 2 weeks. Time pasts too fast… I will write about my days in Oulu as an interim report.

I am studying with the research group of Prof. Pulli in Department of Information and Processing Science. Now, I am a member of the research of the device that can help elderly and dementia patients. The device looks like a glasses and put it on your face like glasses. There are some LEDs on the device, and the group is planning that they support daily life by using LEDs. There are also some sensors on the device. The group think that they can help caretakers by collecting and analyzing the datas from the device. Because I’m in IMD Lab, when I heard “device looks like glasses”, I tend to imagine HMD. However, the approach of this device is different from HMD, so I’m really interested in. 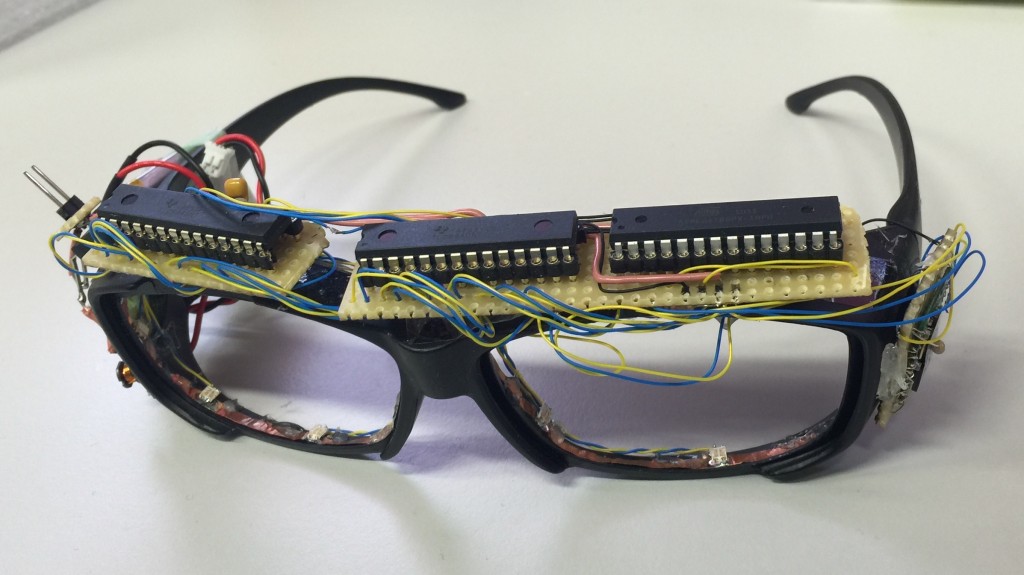 The appearance of the device.

By the way, my task in my internship is making something like animation to illustrate the device I mentioned above. I’m trying to illustrate it clearly understandable. Now, I’m making the part of motivation. I’m reading the datas of world population and population aging in the world, and discussing them with the researchers. 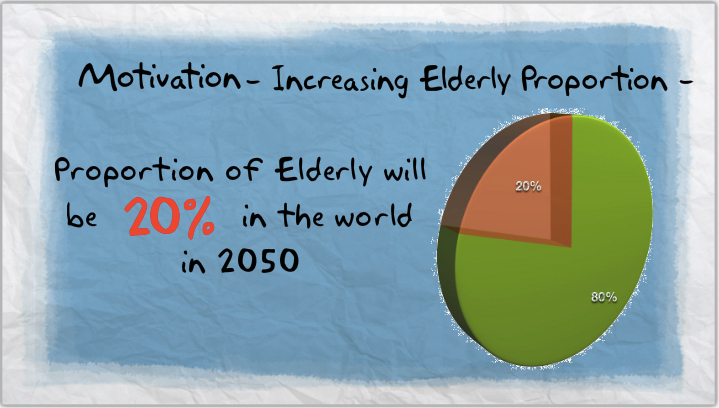 One scene of the animation that I’m making.

And, I also took part in some events in University of Oulu. Only a few days ago, I joined the Summer Party of TOL group, Department of Information and Processing Science. I heard that it is the “Party”, so I participated without much thought. However, after the dinner, Professors and Ph.D students started debating the future educational plans of TOL hotly. I had an opportunity to introduce myself and everyone welcomed me warmly. But I really felt out of place… However, it was very rare event for me, and I’m feeling lucky to have experienced this kind of event now. 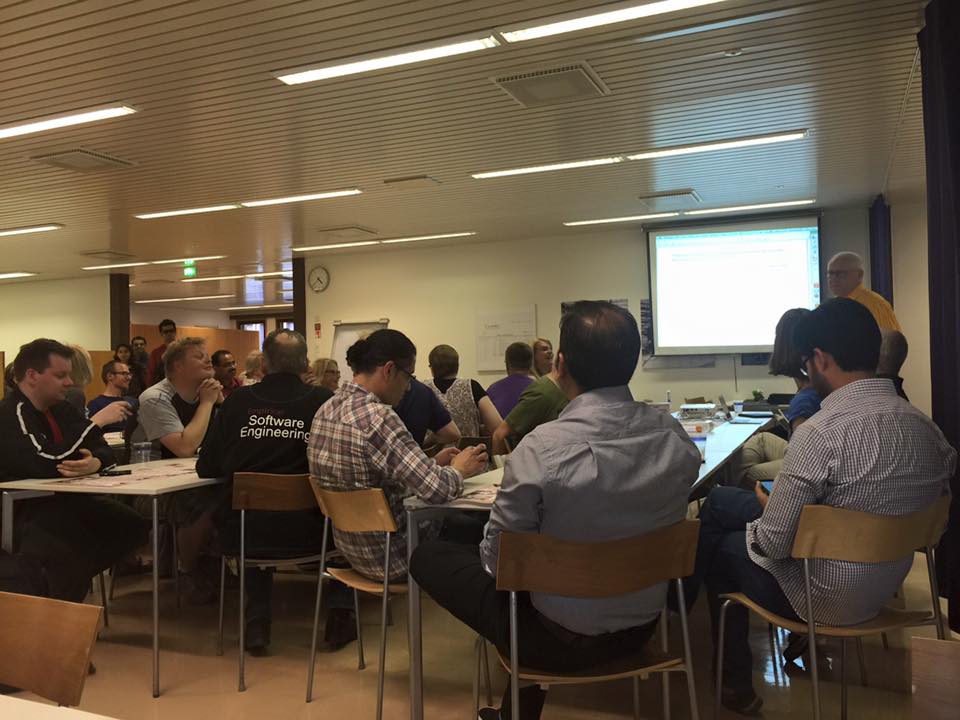 I will write report of whole internship days after I go back to Japan. See you then.