Hello! I am M1 student Yamamoto.

This year we welcomed five people in our laboratory.
Undergraduate students,technical college students and many more!

At the end of this years seminar some students decided to apply NAIST for their graduate studies; which made us very happy 🙂
This year’s summer seminar was consisted of two parts, programming and projection mapping by using ARToolKit.
Like our spring seminar, programming group tried to track an AR marker with a camera to bring a 3D Tachikoma ( fmi Ghost in the Shell ) to life. We also worked on how to improve the program and allowed everyone to announce an idea in order to to make a free program based on their ideas 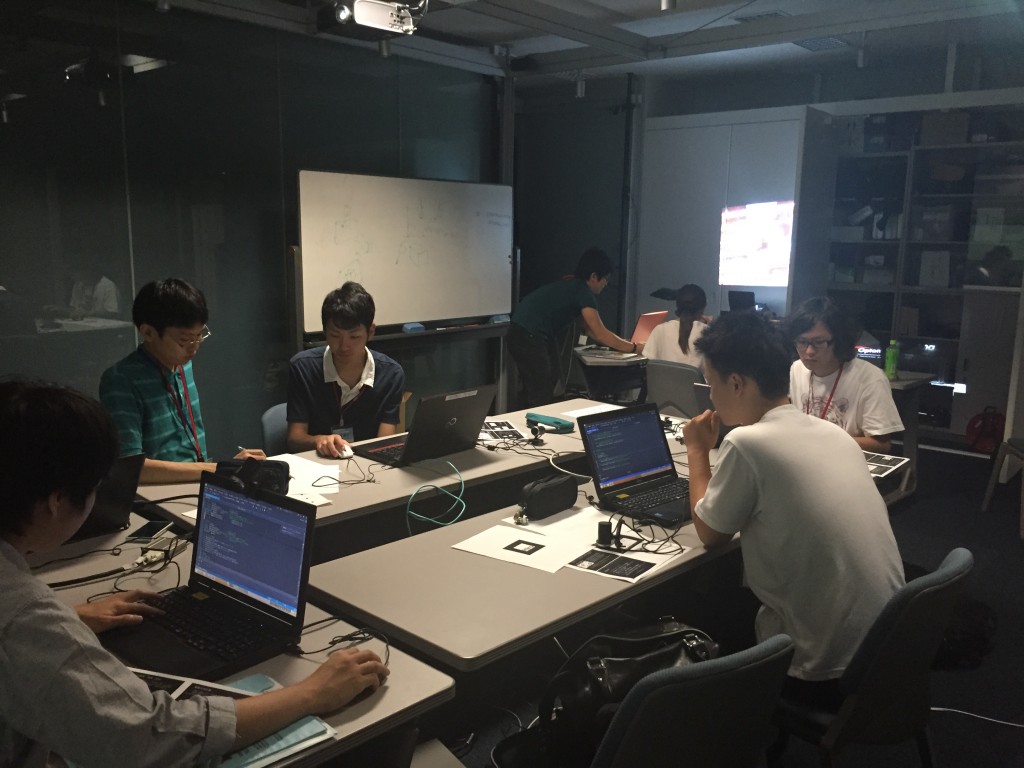 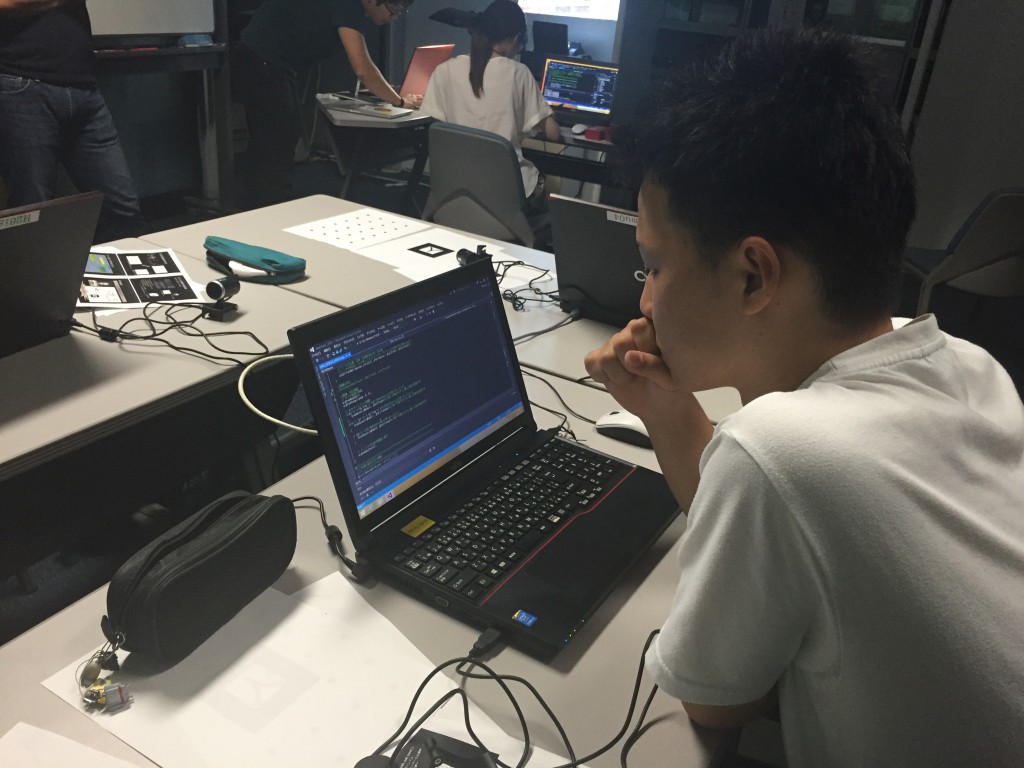 At first everyone was anxious and silent with a serious face!
Some students checked the internet and reference books to come up with some questions.
Luckily two hours later after the start of the second day they all completed the programming challenges. 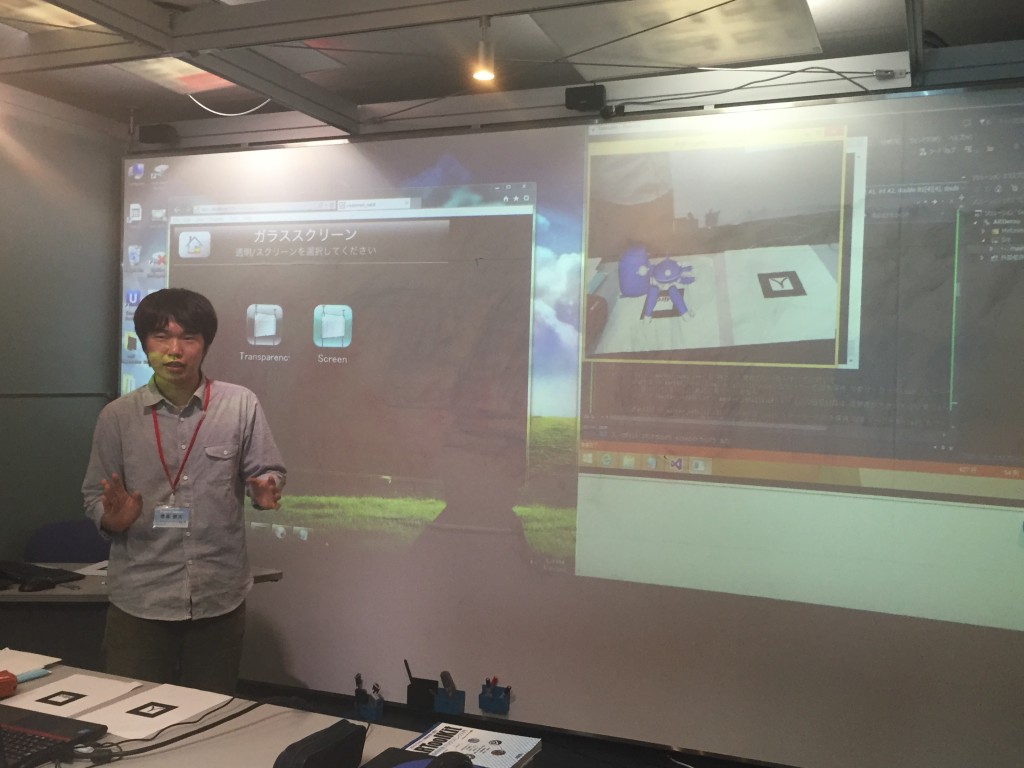 On the other hand projection mapping group tried to enclose a pen in a circle, of course by using a projector. They also draw some other patterns as a part of the challenges that they need to overcome.

This exercise looks simple there is a huge matrix calculation going on behind the scenes.
In order to draw the pattern they had to understand the positional relationship between the projector and the marker by using coordinate system transformations.

Due to enormous amount of geometric transformation required they organised the information they have by using a pen and a piece of paper; which surprised me though. 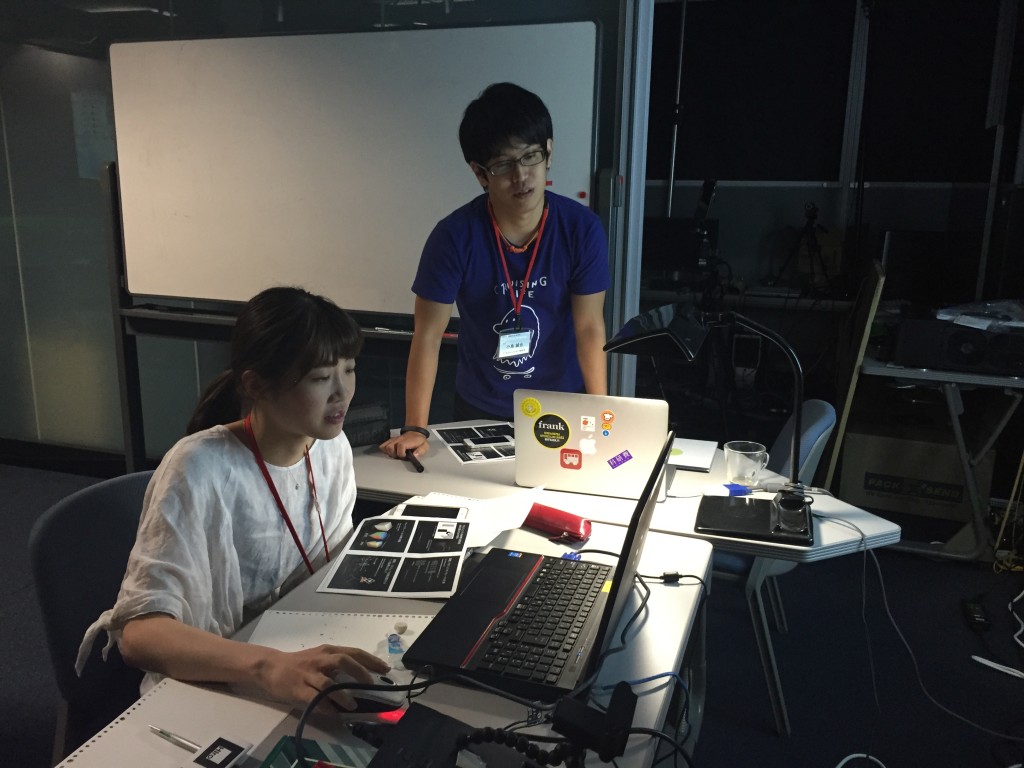 As an additional final challenge, we asked them to work on collision detection between the pen tip and the cube position. Due to some bugs this one took a while 🙂 I believe it was a little bit hard for them but they also managed to complete this challenge too. I will be honest; their enthusiasm also gave me some power to continue about my own research! 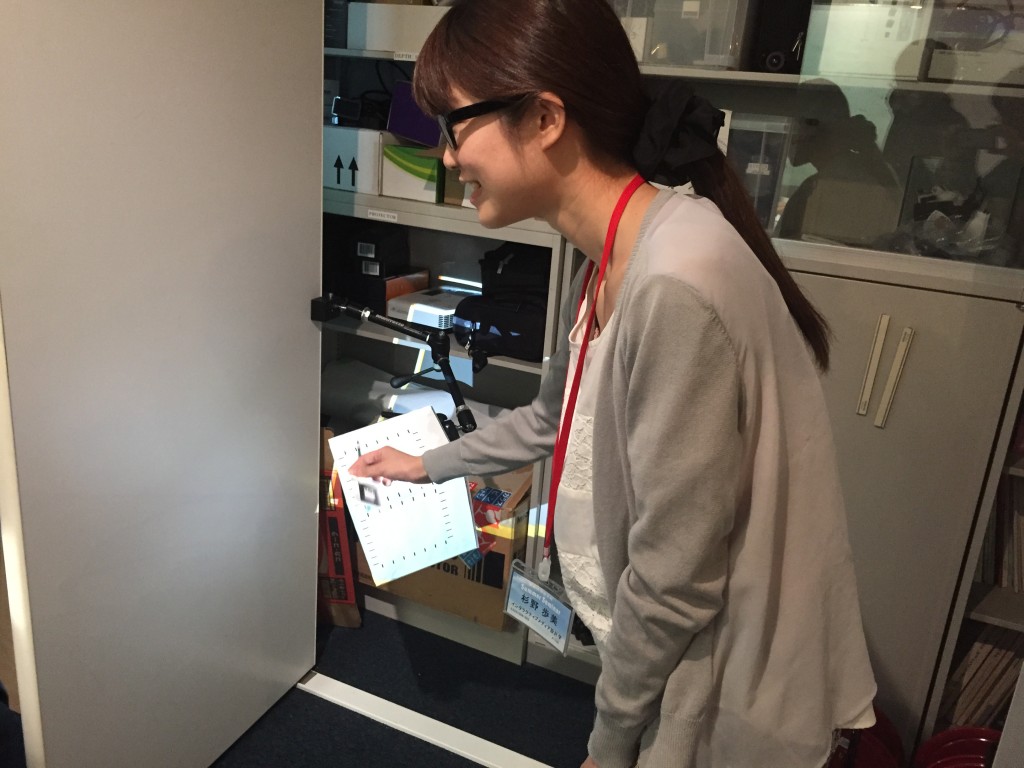 They also had a tour of our lab and talked to other students about different topics; both professionally and socially.

I am looking forward to the days that they are going to be here in NAIST, pursuing their dreams. Though, hope I will be long graduated at that time 🙂