Hello! This is Jarkko Polvi (D2). I participated the 7th Korea-Japan Workshop on Mixed Reality (KJMR 2014) with Yamamoto-sensei and Max on 18-21st of April. This workshop is about AR and MR for researchers from Japan and Korea. This year the conference was held in Korea, so it was a good chance to get to travel outside Japan.

The workshop was held in two different places: KIST Jeonbuk Branch (19th) and Jeonju Traditional Culture Center (20th). Like NAIST, KIST was also located in the middle of nowhere. They also had a small stream and pond at the campus, although they were inside a building. The campus in general looked very new.

Related to other events, there was eating & drinking parties on Friday and Saturday (more than one party each night) and we were able to taste a huge variety of different kinds of Korean food. Most of them where good, but there was this one fish (I can’t remember the name and I don’t really want to) which tasted and smelled so horrible that it can be referred to as salmiakki or natto of Korea. Drinking with Koreans was fun and they seem to like drinking a lot. 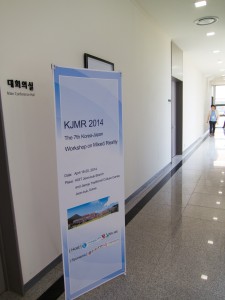 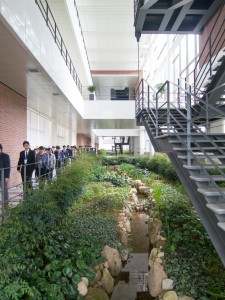 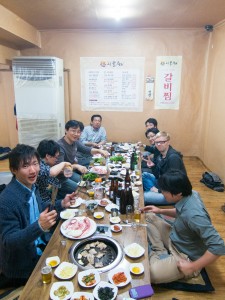 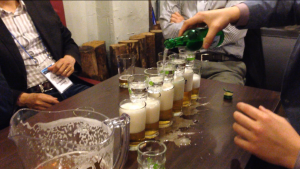 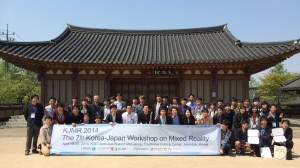