I just got back from Edinburgh in United Kingdom where the 20th Symposium on Virtual Reality Software and Technology (VRST) was held. There were 17 long papers and 12 short papers in this conference. As a young researcher, I learned not only about other people’s research topics but also about different approaches or strategies in doing research.

One important thing that I noticed is that most of the research works presented in the conferences are “complete.” What do I mean by complete? I am using the word completeness to mean that the problem is well-defined, the technical implementation is sound, and the analysis (e.g. user study) generates insights. I think this is the reason why the paper, Third Person View + Guidance For More Natural Motor Behaviour In Immersive Basketball Playing, won the best paper. When you think about it, the idea of using virtual reality for sports training has been thrown around for years already. The technology used in this paper has also been around for quite some time now. The difference is in the execution of the research. (That is, finally, some grad student decided to program for months and do the experiments.) If you read this paper, you will notice that there are so many considerations in order to put together a training system. All of these considerations are addressed with a high degree of completeness by the researchers.

As opposed to conference papers which are expected to be “mature work,” the keynote presentations were aimed at outlining bodies of work and future challenges in the field. Listening to Pushmeet Kohli (Micrsoft Research Cambridge) and Niloy Mitra (University College London) made me realize what kind of amazing things could be done now, and the current problems of the research community. Among the many things presented, the one I found most interesting is Prof. Mitra’s efforts in labeling depth data. That is, given that you can scan a chair using a Kinect to obtain its 3D structure, make a computer say which part are the legs, arms, seat, etc. For more info on their project, and downloadable software, you can find it on this page. As a side note, Prof. Mitra was very humble throughout the presentation.

As you probably already know, research is highly influenced by the presence of funding and the introduction of new technology. For example, the paper, Desktop Virtual Reality for Emergency Preparedness: User Evaluation of an Aircraft Ditching Experience under Different Fear Arousal Conditions, is a virtual reality simulator funded by the US Federal Aviation Administration. The researchers in this paper have previously studied fear in virtual reality systems which made them a suitable group for doing this kind of research for the funding agency. As for new technology, the Oculus Rift was used for the papers Threefolded Motion Perception During Immersive Walkthroughs, and Simulator Sickness and Presence using HMDs: comparing use of a game controller and a position estimation system.

Some of the research relevant to the IMD lab would be the work on haptics by a group from The University of Tokyo (Displaying Shapes with Various Types of Surfaces using Visuo-Haptic Interaction). Similar to this group, the IMD is trying push for visuo-haptic augmented reality. Another paper, In Touch with the Remote World: Remote Collaboration with Augmented Reality Drawings and Virtual Navigation, presents interactions for remote collaboration using AR.

Overall, it was an interesting conference for me because of the variety of works presented. Aside from the conference itself, Edinburgh was charming because of the old buildings built on winding roads. I saw a lot of foreign students on the University of Edinburgh campus which made me feel that I was in an international setting. There were many tourists, and the people of Edinburgh have a lot of experience in dealing with foreign visitors. Here are some pictures about my Edinburgh experience. 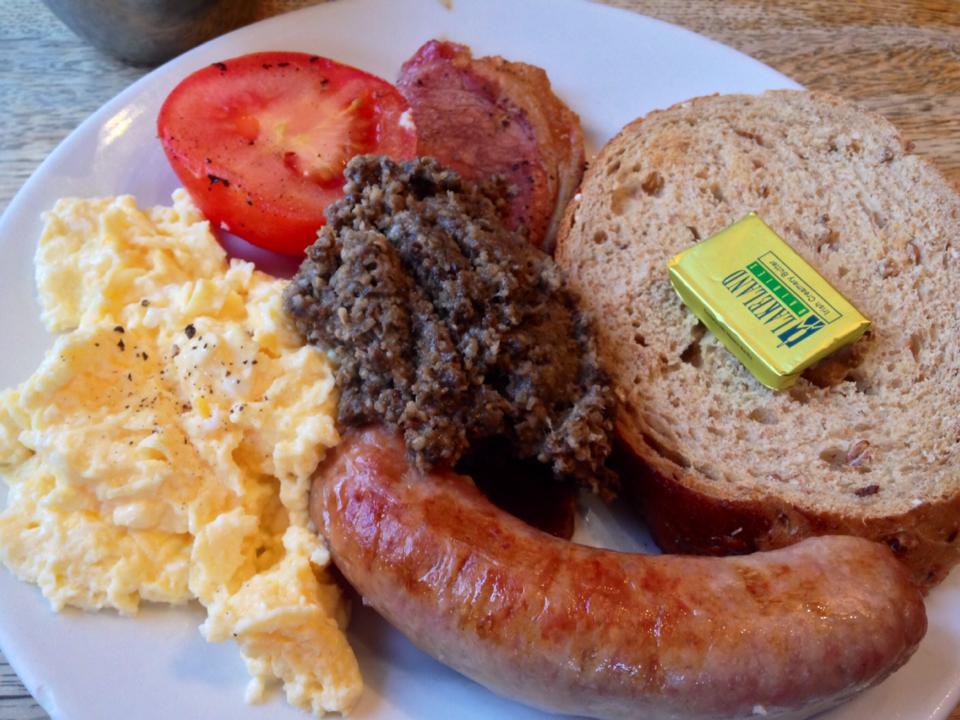 My first time to eat Haggis (center), a Scottish traditional dish. It’s a mix of sheep’s heart, liver and lungs with oats and spices. 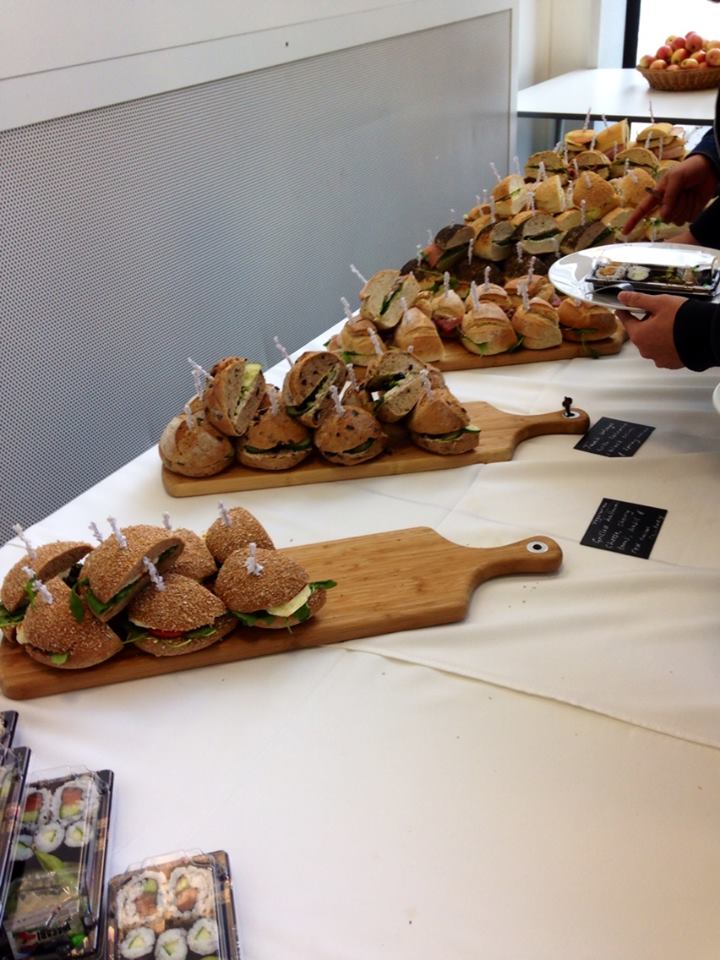 So many sandwiches for lunch. I think this conference had the best food I ever had in a conference. 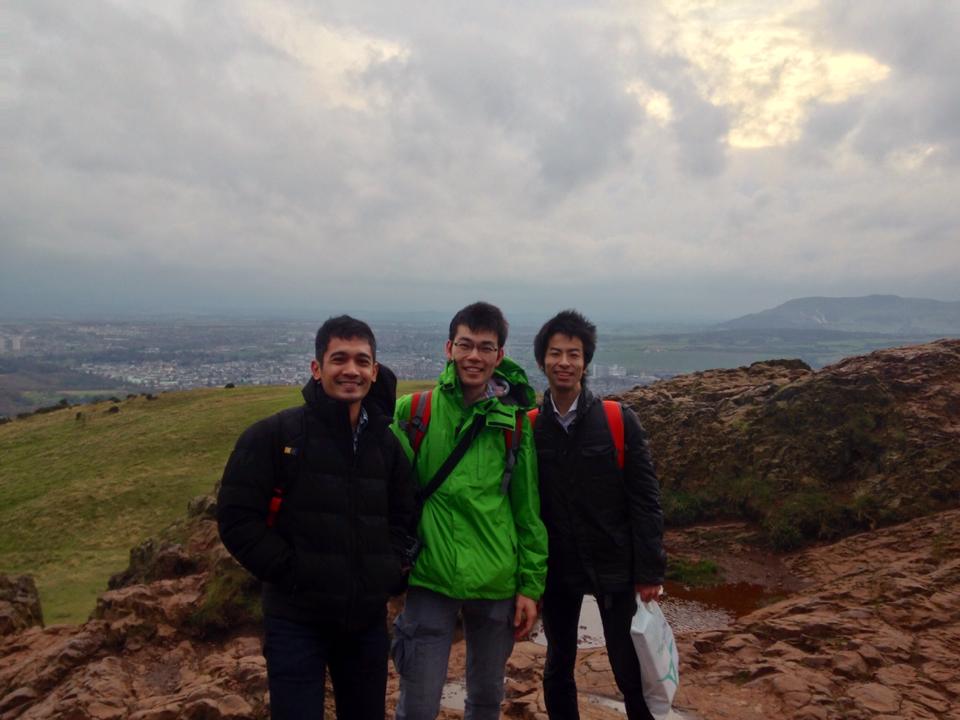 I went on top of Arthur’s Seat with Yutah (TUM) and Ban (University of Tokyo). It took us around 30 minutes. 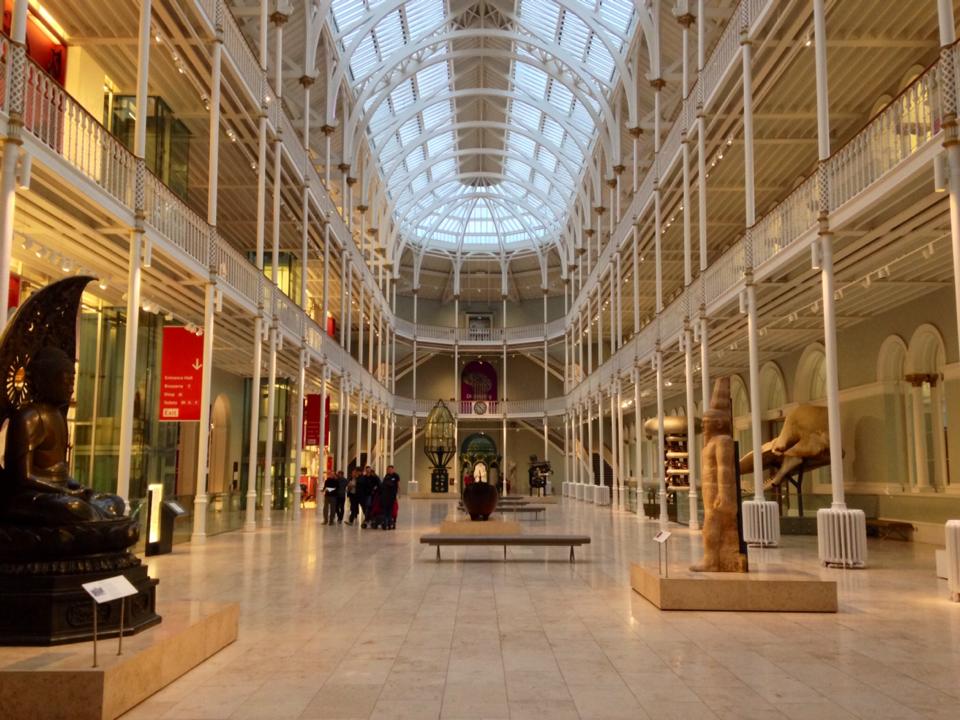 Interior of the National Museum of Scotland. This museum is only 5 minutes away from the conference venue. Too bad I only had one hour and I wasn’t able to visit all the exhibit. 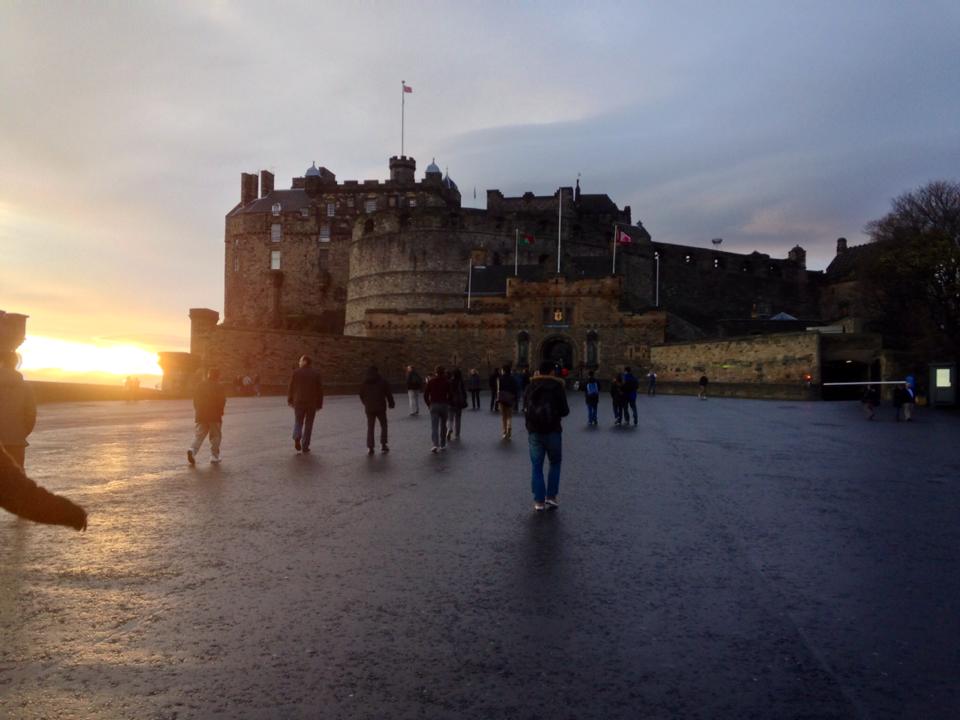 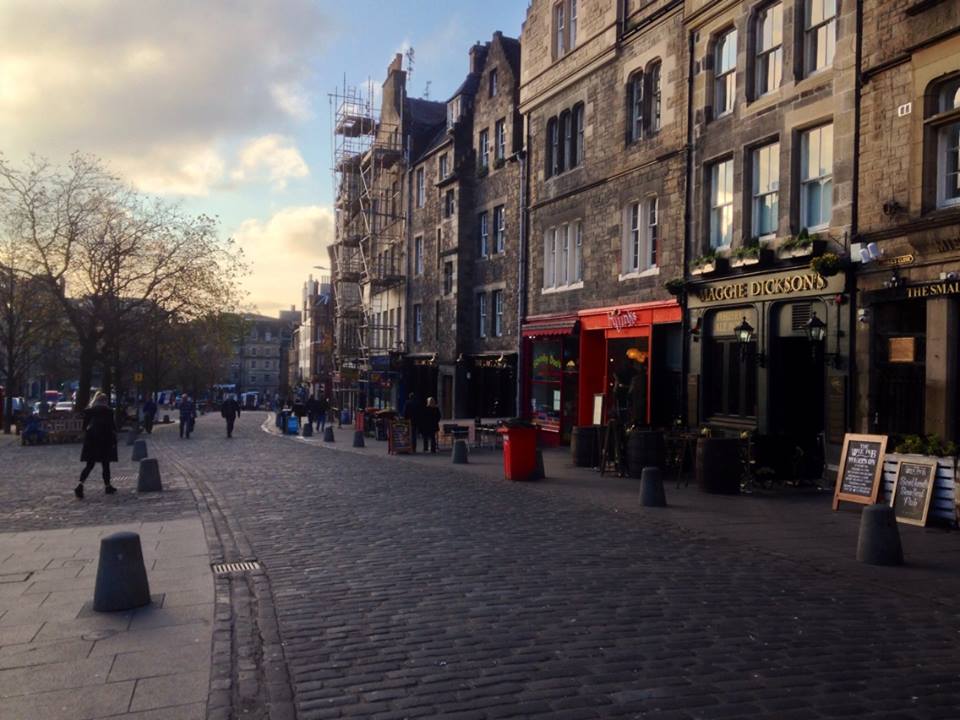 A street in Edinburgh