This is Igor Almeida, D2 student at IMD Lab.

From April 13-15, I participated in KJMR2012 held at Hongki University in the capital of South Korea, Seoul. KJMR which traditionally gather researchers and works from Korea and Japan only, however this year for the first time there  were other countries taking part at the workshop including Singapore, China and New Zealand.

I made a presentation of my work entitled Meetsu: Augmented Reality Co-located Meeting Support System. This was my first presentation of 20min in a international conference/workshop. My presentation went smooth, and the Q&A was highlighted by a question from Prof. Henry Duh from the National University of Singapore. Why? Because it was very simple and straightforward, yet I didn’t have a complete answer to it. Lesson learned? Always ask yourself the reason for all decisions you make for your research, because at some point someone will ask you that. 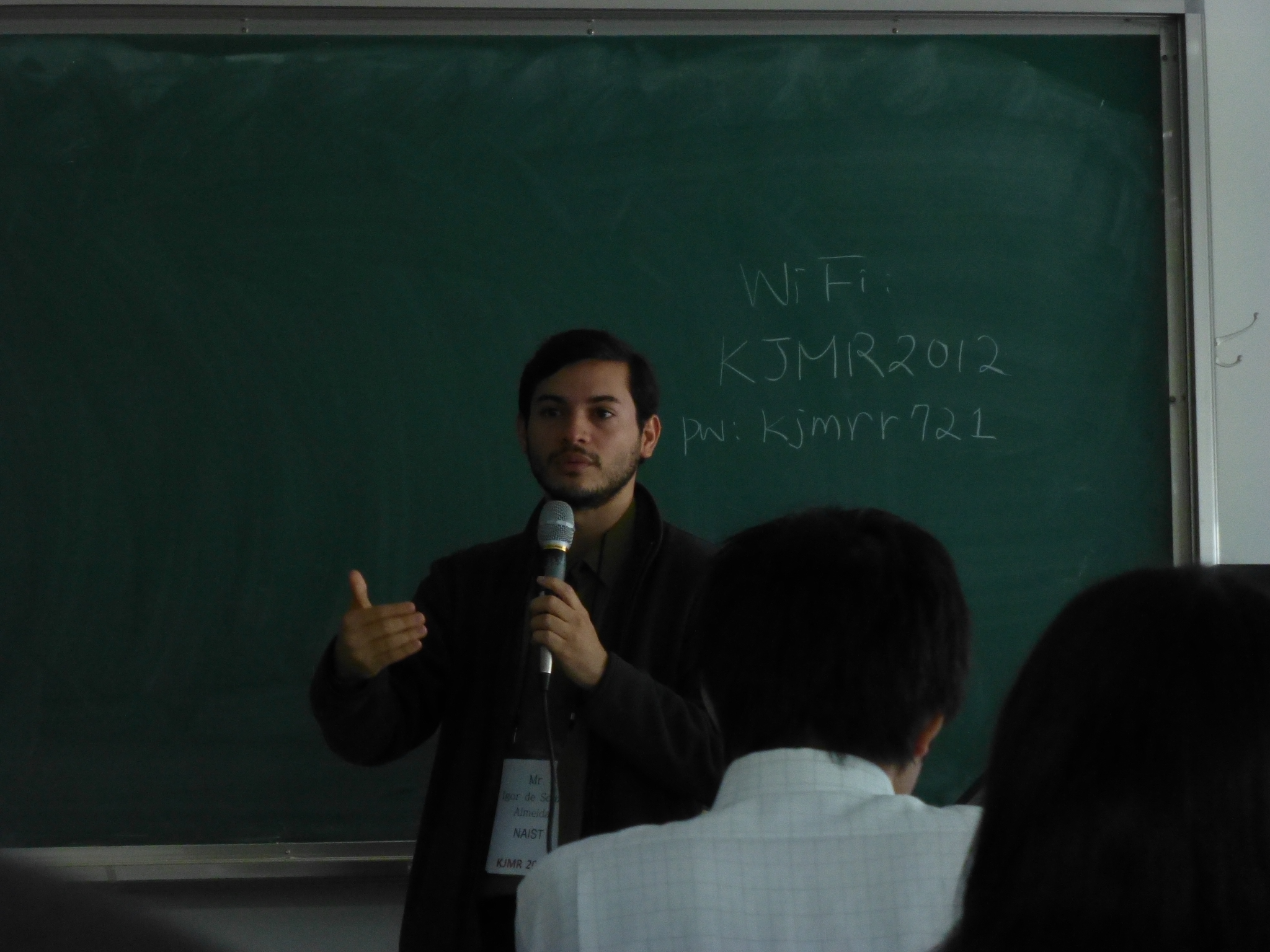 Among the presented works, there was a little something for everyone. I particularly enjoyed one entitled Visual Support for Planning of Stage Lights Control by Using Virtual-Diorama and Mixed-Reality. Mostly because it involves AR applied to arts and stage performance which was once my intended research interest when I was M1.

Also a work entitled A Prototype of 3D Tangram based on Spatial Augmented Reality reminded me of my undergraduation final paper which I wrote together with Marina Oikawa (D3) using Tangram.

On the second night of the conference, we had a delicious Korean barbecue followed by a going to the Nanta concert which is the longest-running Korean show in history. A mix of japanese drums (Taiko) with comedy and cooking abilities where they use kitchen utensils to make sounds from pots and chopping boards. It was highly entertaining, I recommend it to anyone visiting South Korea. 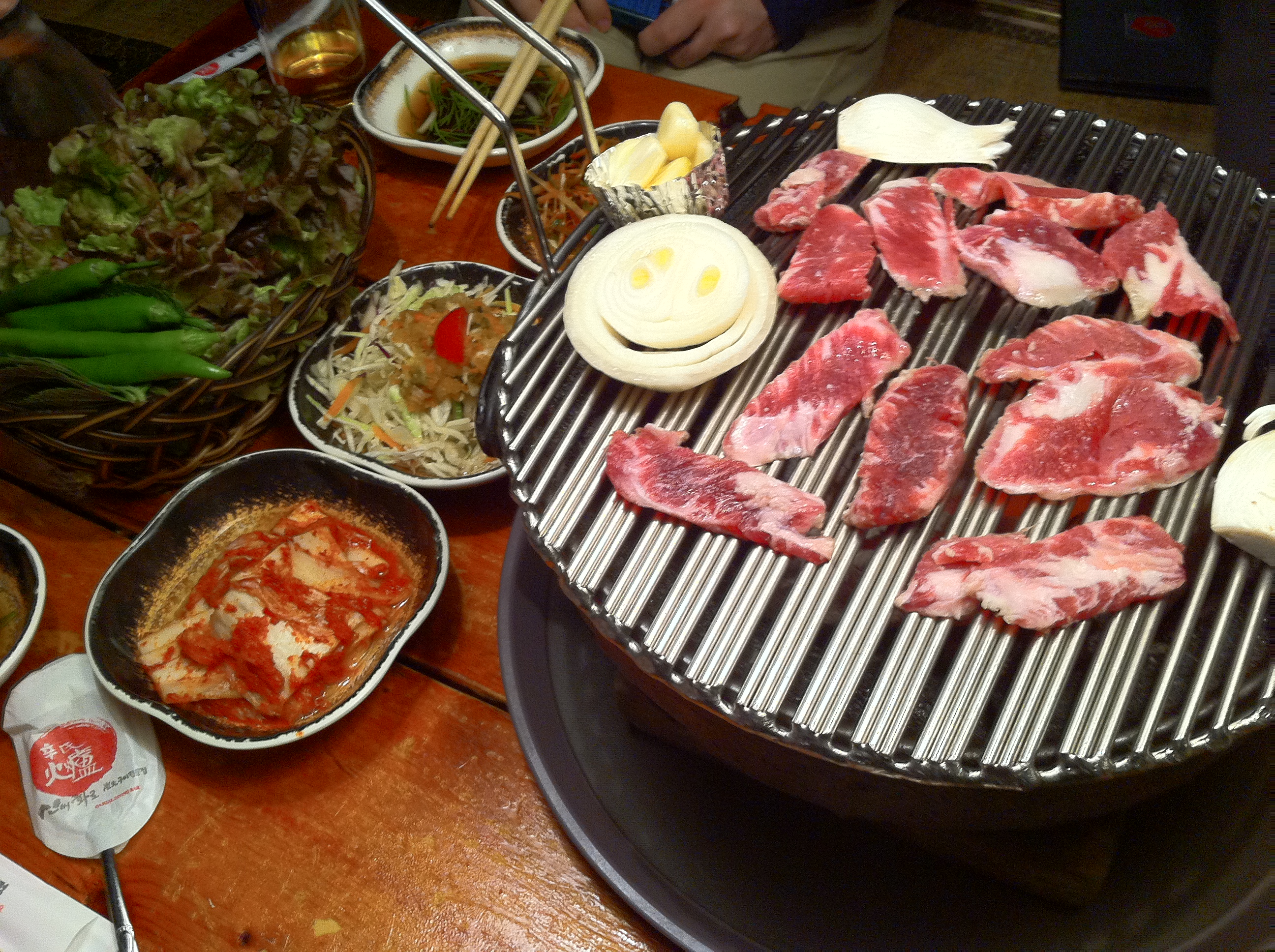 Final day was dedicated to visiting two places in Seoul. First one was Imjingak Park. It is located at the DMZ (Demilitarized Zone) which reminds visitors of the tragedy of war between North and South Korea. It was interesting to think that a place like this became some sort of amusement park. 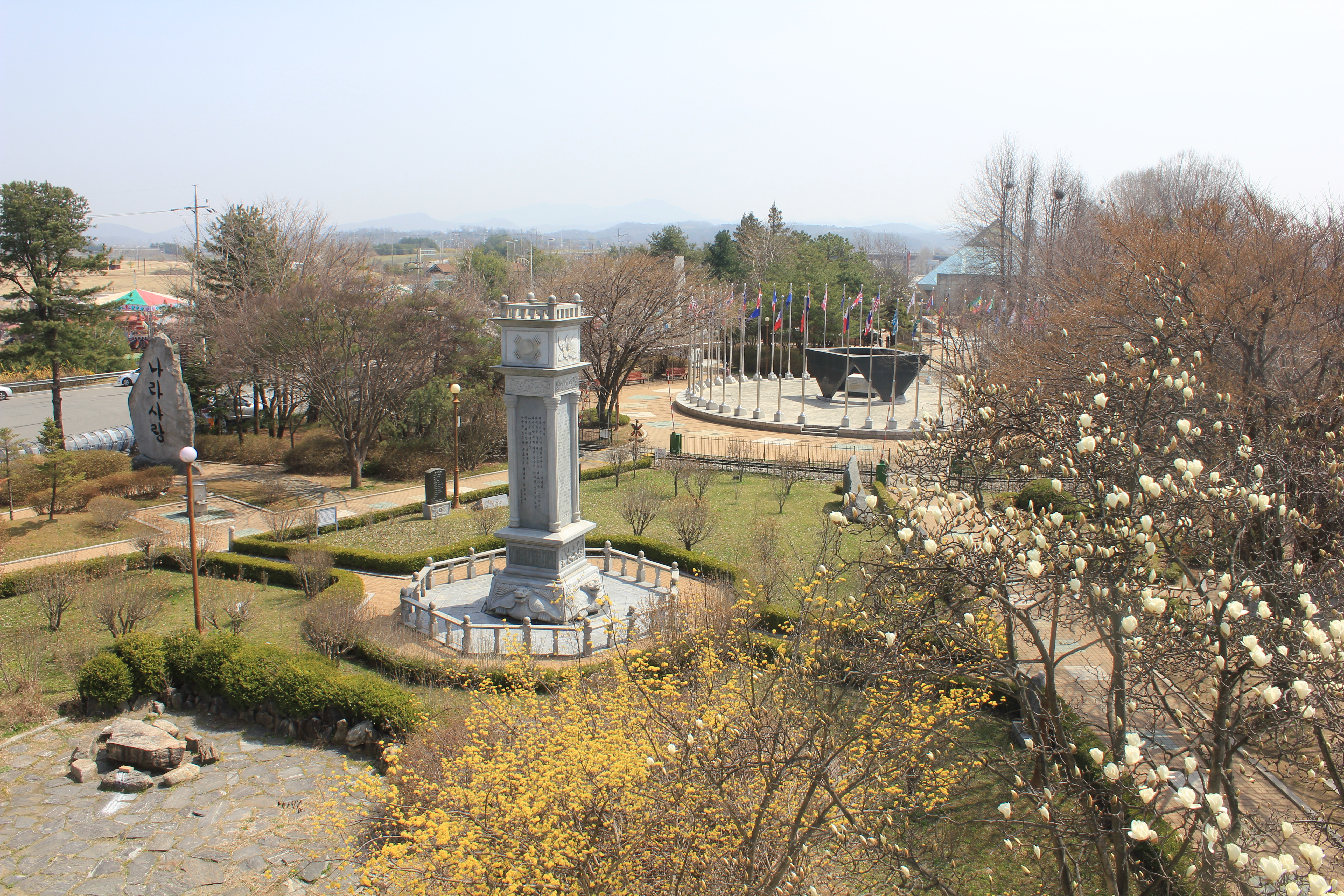 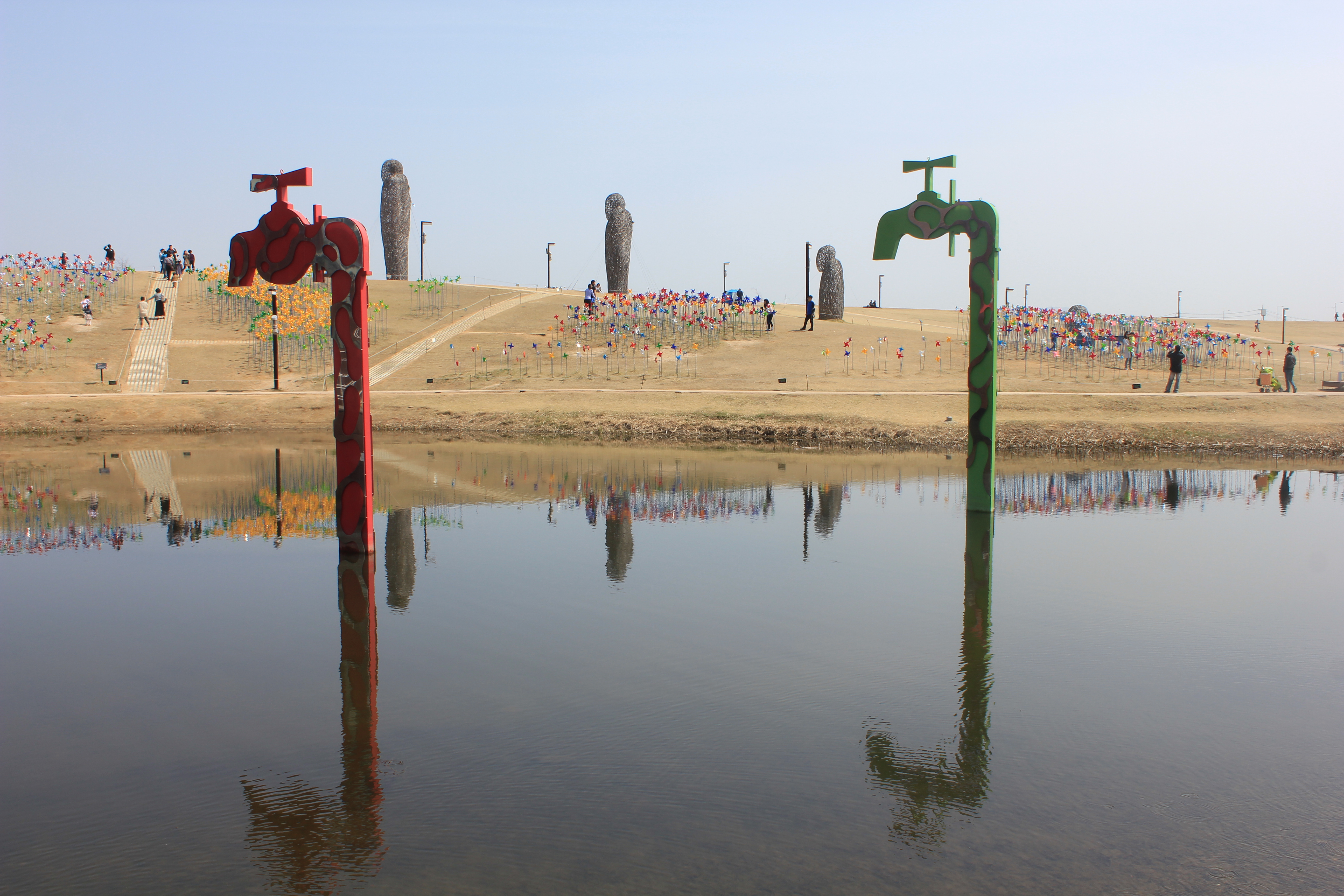 We headed to Heyri Art Village next where we had a very nice lunch before enjoying this kind of Arts Village. You can find all kinds of art reference scattered around the area. Even Elvis Presley was adorning a shop there. We visited a museum about the modern history of South Korea. It was a nice warm weather for a nice stroll. 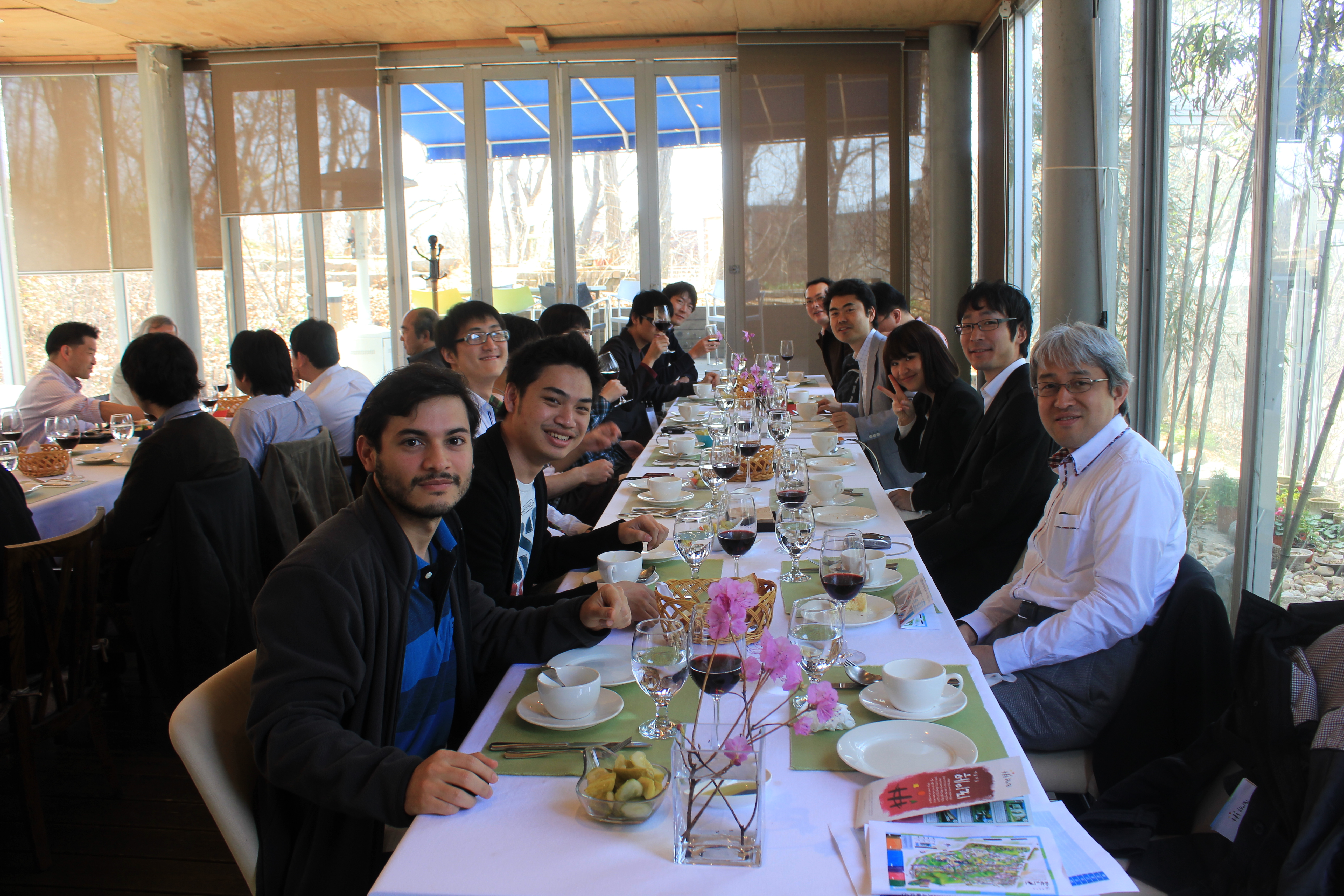 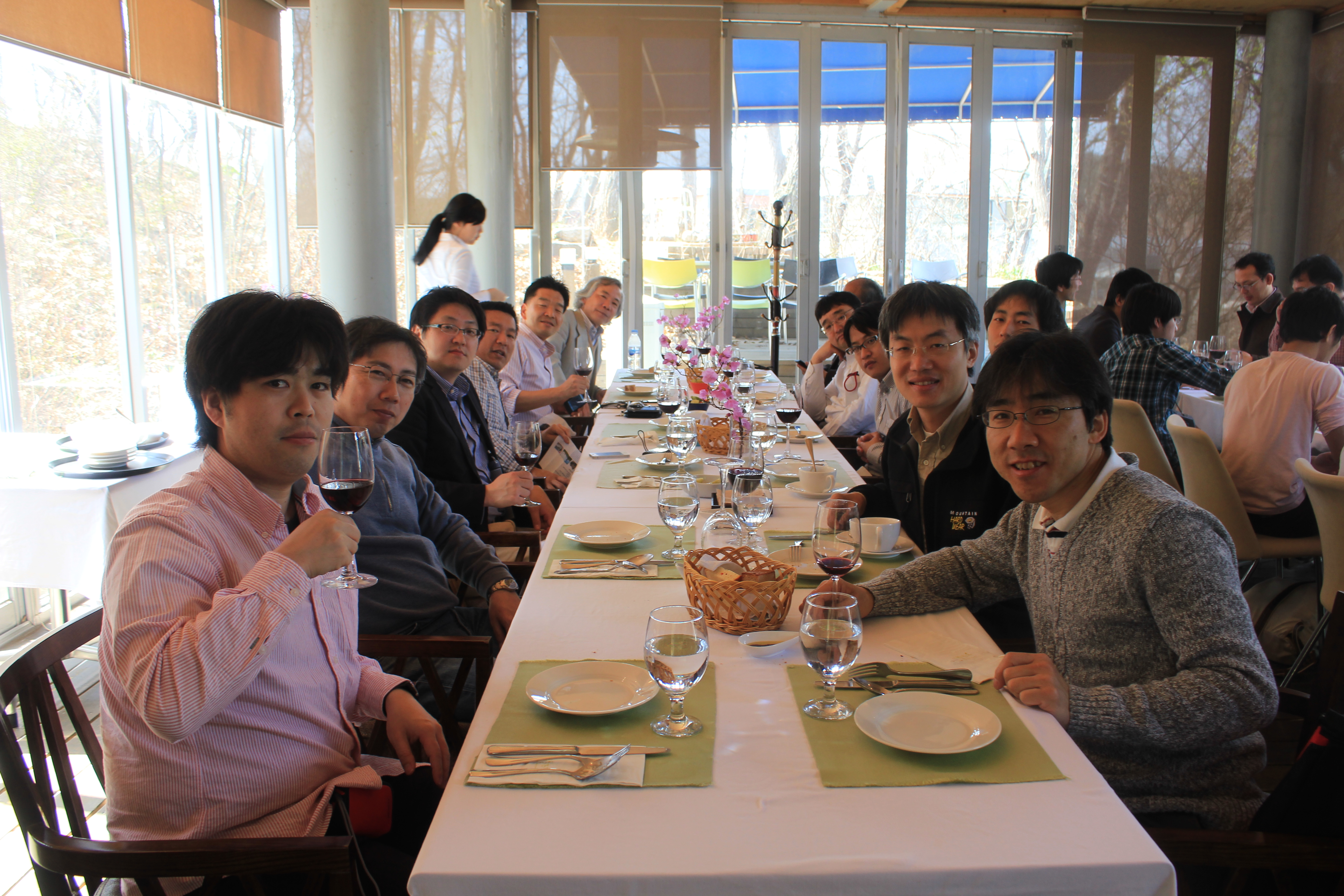 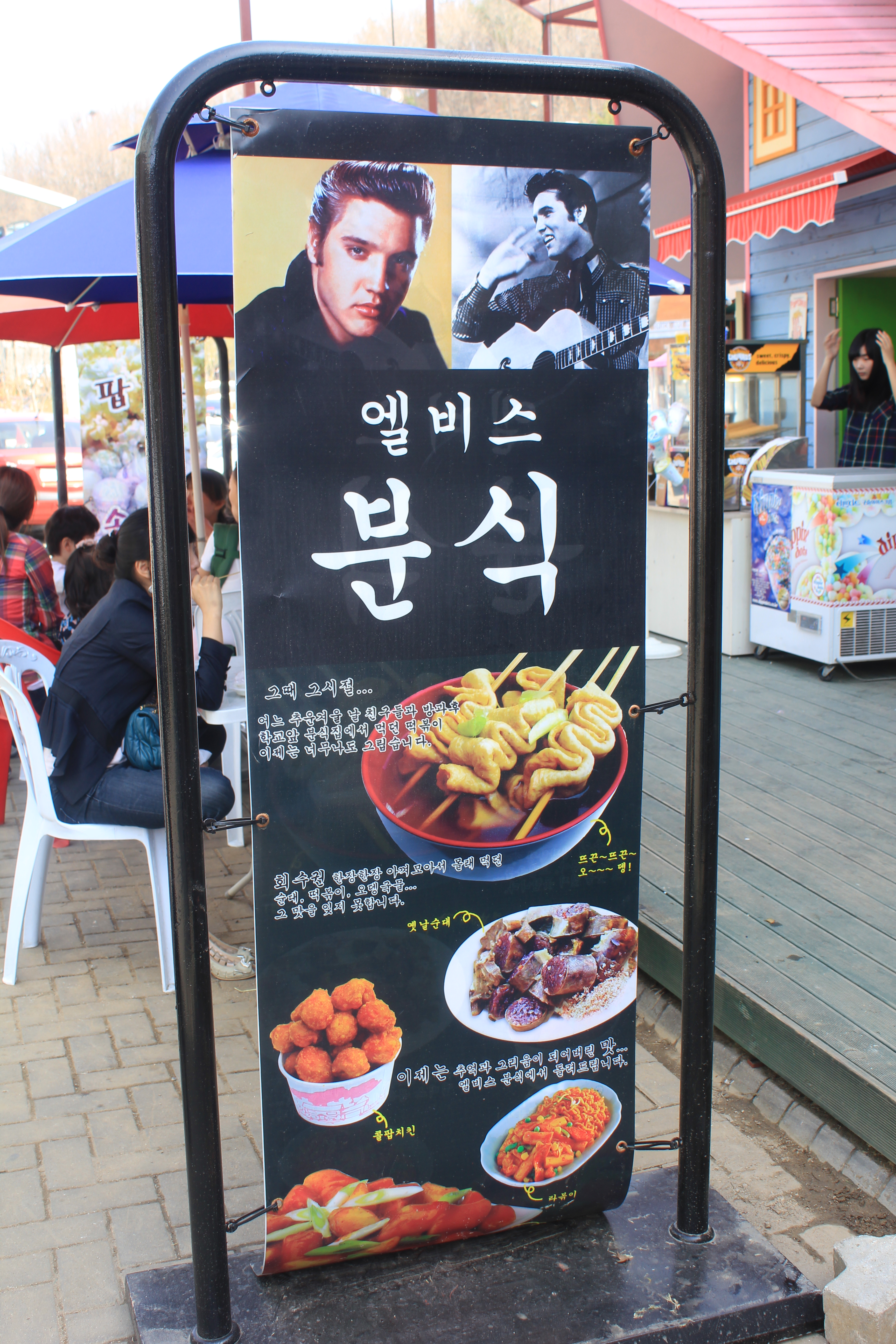 I had a great time in Seoul and I am already looking forward to going back there one day.