We organized a reception on August 26th which was held in Tennoji, Osaka. Approximately 50 people attended the reception; including current and previous lab members. It was incredibly exciting to listen various stories and watch old classmates reunite after a very long time.
There was also a short presentation where we had a glimpse of our laboratory’s past. 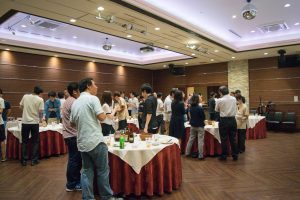 During the second half, we presented gifts to both Kato-sensei and our beloved secretary; Ueno-san. We present Kato-sensei with a figure skating ticket and Ueno-san with a travel ticket. 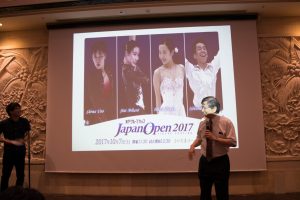 Finally, we took a group photo before the end. 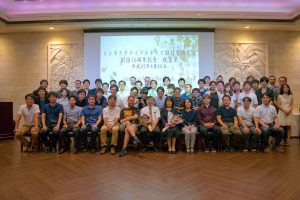 We will take over tradition what seniors have made up. And from the 10th anniversary, we would like to keep up as a member of IMD ahead. Kato-Sensei and everyone in IMD Lab, we look forward to working with you.