This is Marina, PhD student (D3) at IMD Lab.

After spending almost one week in Atlanta (Georgia, USA) for the ISMAR conference, I and Prof. Kato came back to Japan straight to Tsukuba to participate in the ICPR2012 conference.

The ICPR2012 was the twenty-first conference of the International Association for Pattern Recognition (IAPR) held during November 11th-15th, 2012 at the Tsukuba International Congress Center, Tsukuba, Japan.

It was my first time participating in this conference and I got quite impressed by the amount of papers and participants in this conference. Just to have an idea, there were more than 1,000 participants registered in the advance registration. There were so many people during the opening ceremony that they also used the second floor of the main hall where the ceremony were being held. And the hall itself was already so huge! 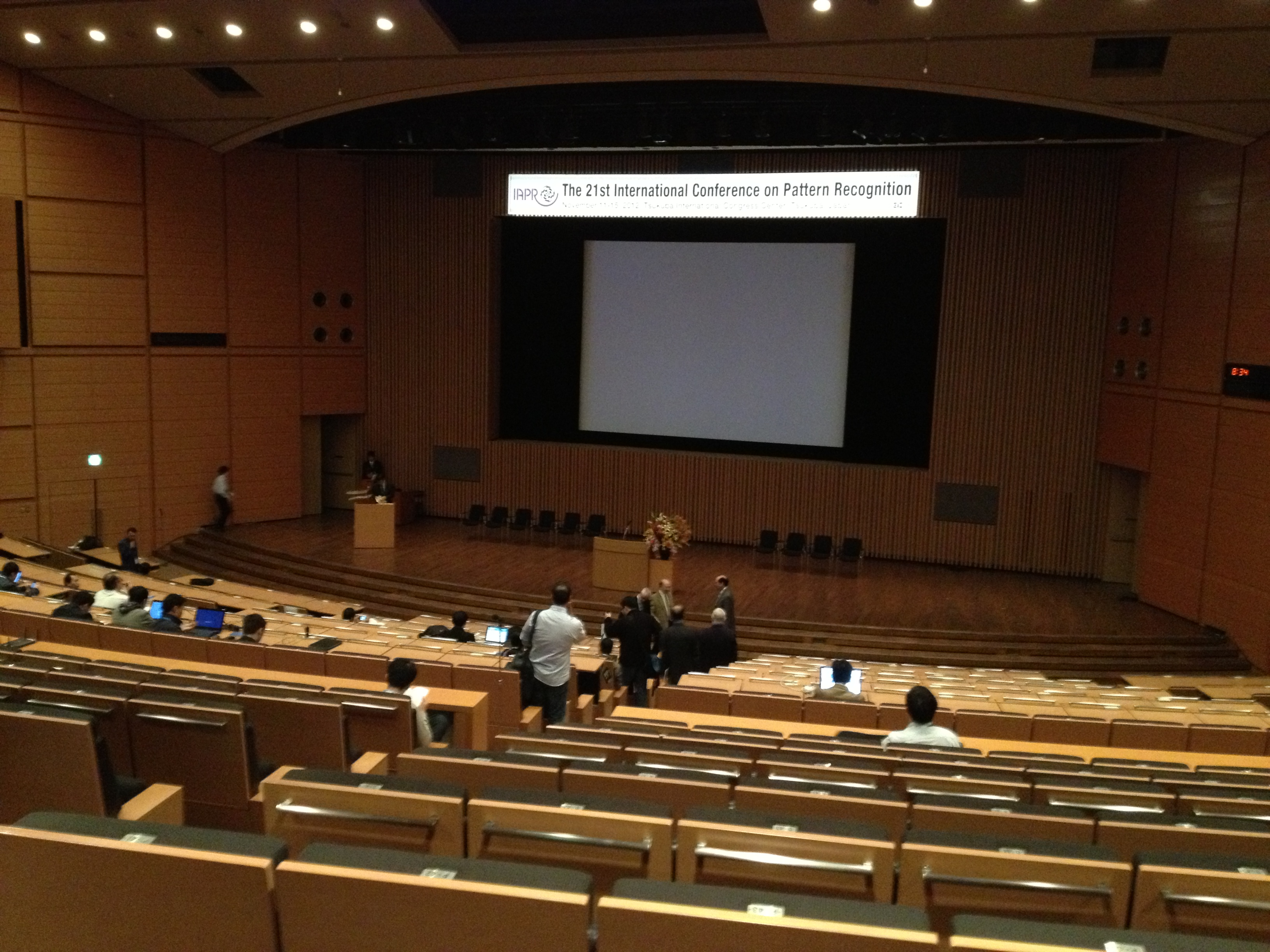 The main hall before it got crowded. 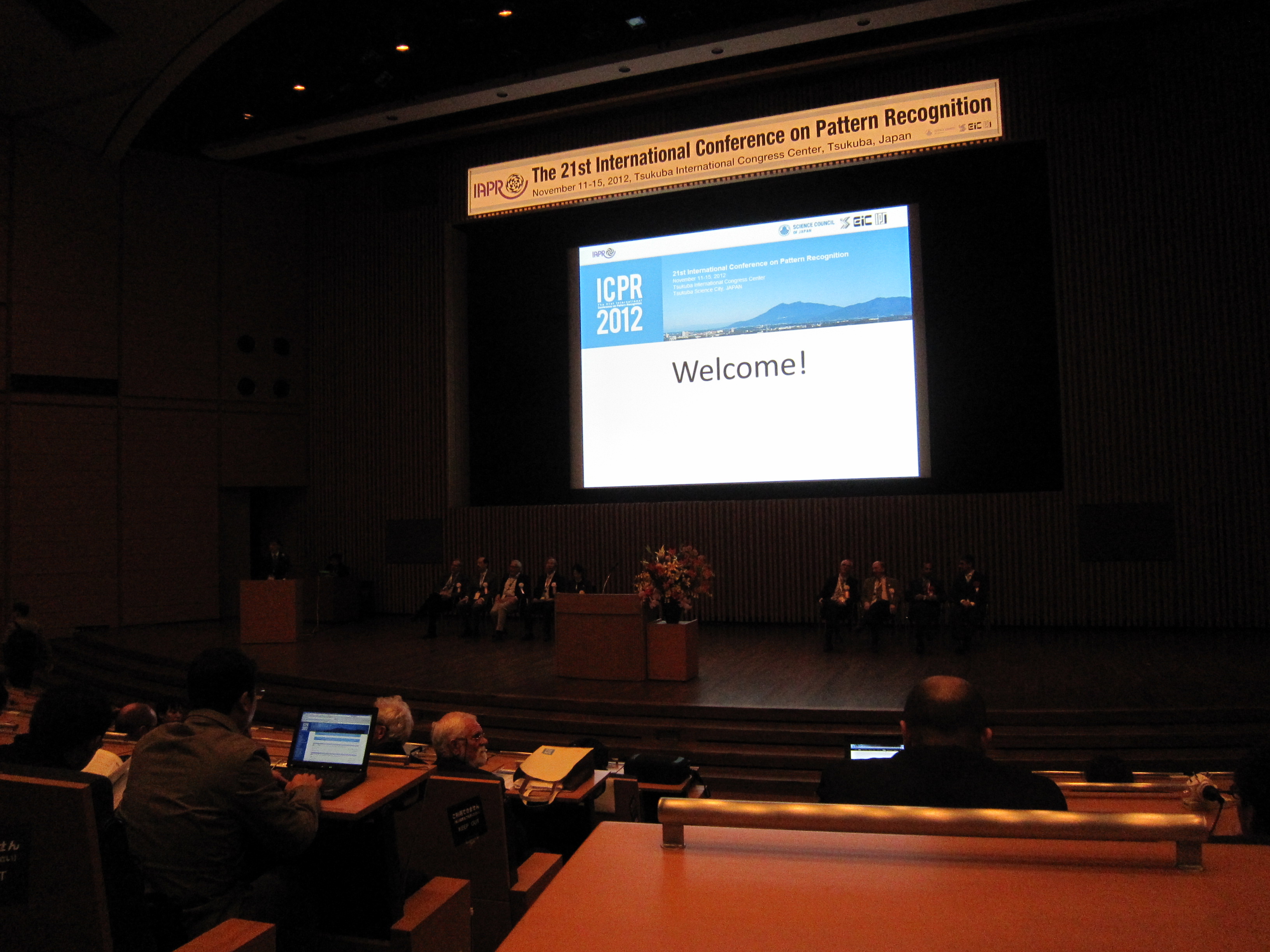 The conference was divided in five main tracks: Computer and Robot Vision; Virtual Reality and Medical Applications; Pattern Recognition and Applications; Signal, Speech and Video Processing; and Document Analysis. Just to give an idea of the number of papers and posters being presented at this conference, every day there were five parallel sessions plus the poster presentation happening. Also, before the first session in the morning and in the afternoon, 2 poster shotguns were also being held in parallel, with approximately 45 posters in each shotgun session, which is almost 180 posters being presented every day! 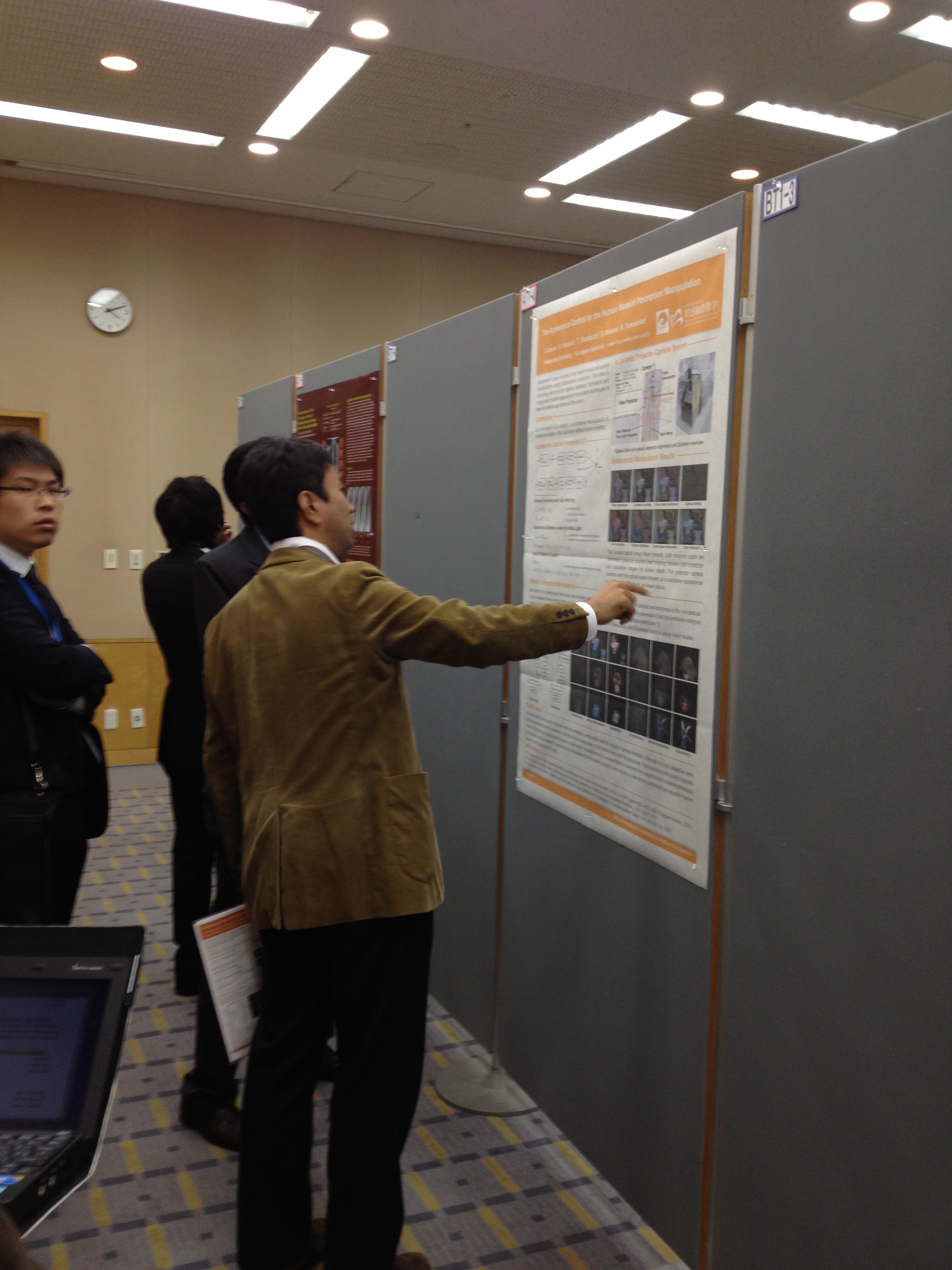 There were so many awards at this conference, that I cannot really remember all of them. Maybe this information will be available later in the conference’s official homepage.

My presentation was on the 14th, during the Mixed Reality and Human Computer Interaction. The title of our paper was “Robust model-based tracking considering changes in the measurable DoF of the target object“. Unfortunately, I do not have a picture of my presentation. 🙁

Overall, I think it was a good experience to participate in this conference, though the contents of some presentations were a bit hard for me to understand. I specially enjoyed the plenary talks given on the first day and the invited talks given every day before some of the papers’ sessions.