This is Marina Oikawa and Igor Almeida, PhD students at IMD Lab.

We participated in The 21st International Conference on Artificial Reality and Telexistence (ICAT2011) which was held at Osaka University from November 28th-30th.

There were about 100 participants which created a more intimate atmosphere and good networking opportunities. 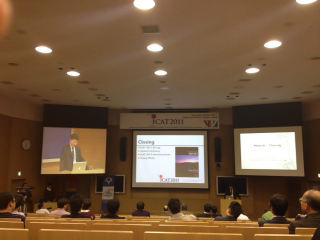 There were colorful trees along the way to the conference Hall. Autumn is a good season for a walk around Toyonaka campus. 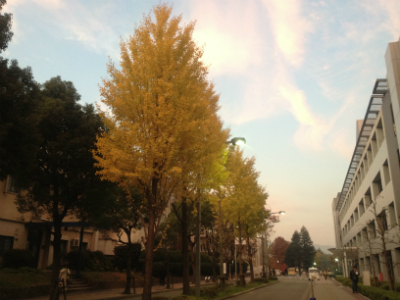 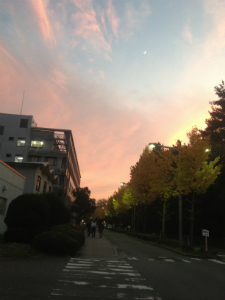 The conference was filled with exciting  keynotes. For us, Prof. Henry Fuchs from The University of North Caroline at Chapel Hill was the most inspiring one. His talk entitled Toward Improved 3D Telepresence really caught our attention, not only for his brilliant vision and lifetime dedication to this particular topic, but also for his great presentation skills. If you want to know how to communicate your ideas to an audience, keep their attention and entertain them at the same time, take a look at his presentation here. Other presentations are also available online in the conference’s official website. 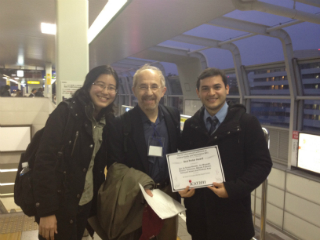 With Prof. Henry Fuchs from The UNC at Chapel Hill

The presented works did not lack in creativity. From olfactory systems to new HMD technology, the authors let us know how much time and effort they spent in order to bring up their good results.

The demo session was also interesting. The KINECTing Superheroes in MR Space: Matching Head-Tracking Coordinates and Gesture-Interaction Coordinates was probably the most entertaining one. Combining HMD and Kinect allowed the user to become Spiderman or Hulk while trying out their superpowers. More fun than science but still worth the try 🙂

with the latter winning the Best Poster Award. 皆様のご協力のおかげです。ありがとうございます。 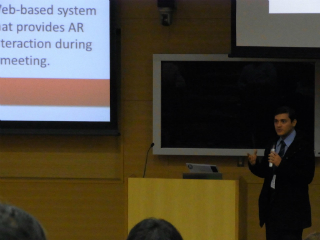 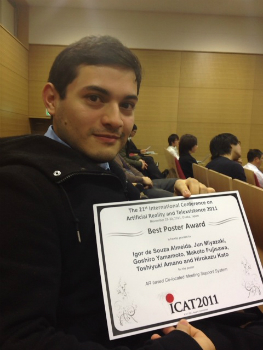 Overall, we were satisfied having our job done and finishing the conference on such a high note.

Looking forward to the next challenge.