This is Jarkko (D2), I visited the SIG-MR workshop on September, 26-27th. The workshop was held in Rishiri island, northern part of Hokkaido. I presented our paper ”User Interface Design of a SLAM-based Handheld Augmented Reality Work Support System.”

This was the first time for me to make a presentation in a workshop in Japan. I was quite nervous and I think it showed. Still, it got good experience in making a presentation. My topic  was a little bit different from others presentations, but I still got useful feedback related to this SLAM-based system project and how to present guidelines. The workshop had several interesting topics, but unfortunately all other presentation were in Japanese so my understanding was very limited. But at least abstracts were in English. 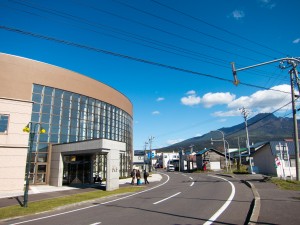 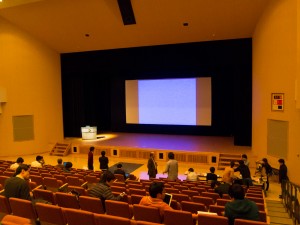 I have not visited Rishiri island before and the place was probably the most remote one where I have ever been. Inside Japan that is. Many shops and restaurants were closed even at noon and it was almost dead silent. This made the selecting of a restaurant, where to eat lunch, very easy: go to the first place you see that is open. Rishiri island being near the north most point of Japan, weather was of course colder than in Nara.  And it felt really good.

All the presentations were finished in the early afternoon on 27th so we had some time for sightseeing. We rented a car and went for a short road trip around the island with Taketomi-sensei and also Yokoya-sensei and Okura-san Yokoya lab joined us. Scenery around the island was very beautiful. It takes around 1 hour to drive around the island but of course we had many breaks to take pictures.  Also on 27th, we went to eat ramen in a restaurant which has been awarded one Michelin star in 2012. Ramen was good, but michelin-star-good? Hard to say.. probably not the best one what I have eaten. 🙂 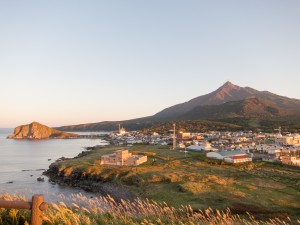 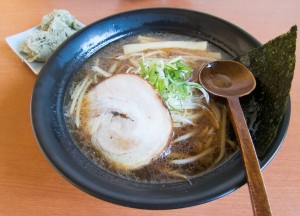